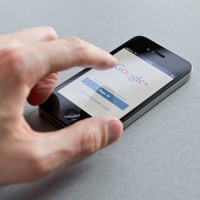 It’s been labelled ‘mobilegeddon’ by some tech commentators, but that might not be hyperbole for small businesses.

From tomorrow, Google will make a major update to its mobile search algorithm in favour of mobile-friendly websites.

The new mobile-focused algorithm is broadly expected to have a massive impact on SMEs, particular those with an e-commerce function on their site.

“For sites that do get mobile traffic and derive revenue from mobile, it will certainly have a massive financial effect,” he says.

Around 50-60% of traffic now comes from mobile devices, according to Stewart, giving Google more than enough reason to implement the change.

But although Google has singled out April 21 as D-Day for sites that are not mobile-friendly, Stewart says the search giant has not confirmed exactly when the switch will take place.

“They’ve said April 21st is the day, but Google may or may not roll it out on that date. We don’t know when it will roll out in Australia,” he says.

Stewart says local businesses, such as cafes and restaurants, will avoid the brunt of the change because Google has elected to leave local search results alone.

But he says e-commerce players, which rely on SEO to distinguish them from their competition, will see a dramatic change as soon as the new algorithm is rolled out.

“Retailers who are not mobile-ready will see an impact immediately,” he says.

And while users will still be able find your brand if they Google you directly, Stewart says brand searches may be affected if your site is not mobile-friendly.

“If you add something in the search that is a little bit more obscure, it may be that you’re bumped by a site that is more relevant and mobile-friendly,” he says.

Knowing how much mobile traffic you’re getting and how much revenue is being generated by mobile will show you exactly how the change is affecting you.

“Make sure you know what your mobile traffic is so that you have a point of reference,” Stewart says.

Given the exact Australian release date for the switch-over has not been given, Stewart says it is important to watch your traffic closely for the next few weeks.

“It’s important to track it on a regular basis,” he says.

Stewart says Google tags, found when you do a keyword search on your site, can show which pages are seen by the search giant as mobile-friendly and which are not.

“The ones which aren’t, those are the ones that will get dropped,” he says.

The plus side is those businesses that are tagged as mobile-ready will get a bump up on Google rankings, according to Stewart.

Google also provides a free mobile-friendly testing tool so you can quickly work out how the search engine defines your site.

To make the most of the new algorithm, Stewart recommends overhauling your site to be fully responsive, rather than taking a shortcut of adding the ‘.m’ sub-domain.

“A sub-domain is fine, but it is more expensive and harder to maintain than a responsive site,” says Stewart.