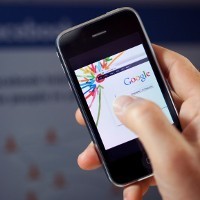 It was the algorithm change tech experts labelled ‘Mobilegeddon’: the end to Google rankings as businesses knew them.

But weeks after the mobile-friendly favoured search changes were rolled out across the world, Australian small businesses remain split over the affect of the new indexing.

A study of 800 SMEs across Australia, conducted by UK-based digital marketing firm Koozai, found 64% of businesses believe the changes were “overhyped, incorrect and unhelpful.”

Yet, 43% of those surveyed claim they experienced changes to their rankings or traffic as a result of the Google update.

Of these, 35% said they were concerned their business had experienced a drop in Google rankings by at least three places after the change was rolled out, with some believing there had been a drop by as much as 50%.

While businesses were told having a mobile-responsive website would guard them against a drop, or even push them up Google’s rankings, 23% of respondents said they’d seen a drop in rankings even though they had optimised for mobile.

Nick Grinberg, digital strategist and co-founder of Smart50 finalist GMG Search Engine Optimisation, told SmartCompany these businesses could have potentially experienced a drop due to Google’s other algorithms or other changes a business may not have anticipated.

“It is hard to make broad stroke predictions, without looking at it by a case by case basis,” Grinberg says.

“Some businesses will make a diagnosis about what’s happened to their rankings because they’ve seen a media report, but even when there’s an expert analysis, it’s sometimes hard to know exactly what’s happened,” he says, referring to Google’s tightly held algorithm secrets.

“It’s like a doctor making a diagnosis—sometimes it’s an educated best guess.”

Grinberg says in his experience, “mobilegeddon” has largely been overhyped and on the whole has not had a “massive effect” on the Google rankings of most businesses.

But he says whether or not the change has had a “placebo effect” or has indeed had a legitimate effect on search rankings, the algorithm change and the attention it has attracted have been an important shock to the system for many Australian businesses.

“Businesses should be thinking about what their customers want and if this creates a panic and gets them to create mobile websites, then that’s fantastic,” he says.

“Mobile is not a fad and it’s not going away. Businesses need to understand what their customers want to see on the small screen.”

Grinberg says the days of keyword stuffing and algorithm cheating are long over and businesses must take a more holistic approach.

“At the end of the day, its not about algorithm manipulation to achieve rankings. It’s about really caring about your customers,” he says.