The fallout from Google’s mobile update: Are we still waiting for mobile-geddon? 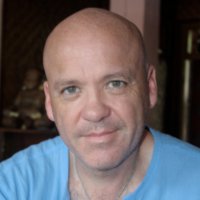 The predictions of major disaster for websites that had failed to become mobile-ready in time for the Google mobile update last week don’t seem to have materialised. But is it just that the wave has yet to hit .com.au sites?

Has Google actually delayed the rollout because so many sites aren’t ready? While the media went into a frenzy about the potential effect on SEO for all sorts of companies, at least so far, there doesn’t appear to have been much change to rankings.

On another note: make sure you update your WordPress site if that’s your CMS of choice…

Jim Stewart is one of the country’s leading experts in search engine optimisation and his business Stew Art Media has worked with large clients including Mars, M2 and the City of Melbourne. He can be contacted here or on Twitter here.