Shoeboxed Australia splits from US parent, on the way to closing a seed funding round 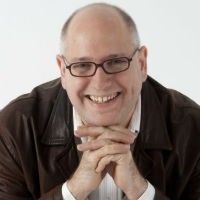 Shoeboxed Australia, a startup that digitises and organises receipts for tax purposes, is 75% of the way through closing a seed funding round after splitting from its American parent company.

The startup organises its users’ receipts, invoices and documents for tax purposes and stores the data securely online. Documents can be submitted in a number of ways via scanning through the startup’s smartphone app, email, fax or even good old fashioned snail mail. The data is then extracted, verified and organised by its data entry team manually.

It officially launched in Australia in July 2010, thanks to a licensing agreement with Shoeboxed, setting up a sales team and data entry team in Australia, while all development was handled by its US counterpart.

Shoeboxed Australia founder and chief executive officer Simon Foster says the split made sense for both companies given the differences in the way tax is handled in Australia and the United States.

“We’ve been growing terrifically over the last five years, but it became more and more obvious that the US and Australian markets in small business tax compliance are very, very different,” Foster says.

“For example, in the US a micro business files taxes once a year and they’ve got this crazy system where the whole country basically files their taxes on the same day. So essentially they only need to log in once a year.

“In Australia, we have a lot more complexity around what’s deductable and what’s not. So an Australian customer logs in considerably more frequently.”

That disconnect led to differing priorities when it came to developing the product. As a consequence the decision was made to separate the two businesses. The resulting split places Shoeboxed Australia in an interesting position – a five-year-old startup that’s profitable but has no development team. So they turned to BlueChilli, which has been handling development while the startup raises funding and builds its own dev team.

“Going with BlueChilli enabled us to scale our product and build features really quickly. It’s a little bit unusual because we’re not a seed stage idea, but we haven’t had our own core developers,” Foster says.

“We’re raising a capital round at the moment, that’s 75% complete. The valuation is similar to what you would see out of a seed round. Similar to someone coming out of an incubator or accelerator program,” Foster says.

“So it’s a bit of a different thing for investors to get their heads around.”

The startup will continue to have a relationship with Shoeboxed, with which it has a number of intellectual property and share option arrangements that can’t be disclosed.

“The nature of the IP relationship is that it makes sense to continue to happen. We believe tax compliance is a very geographic specific thing and by focusing on the Australia and New Zealand market we can provide value that a global player can’t.”


This article was first published on StartupSmart.