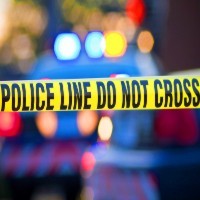 It is hard to deny the impact left by Edward Snowden’s revelations of widespread surveillance by the US National Security Agency.

In ITWorld, Stephen Lawson looks at growing fears that US surveillance could lead to a splintering of the internet that could cost US jobs:

Revelations about National Security Agency (NSA) monitoring are leading foreign governments to consider erecting barriers against the global Internet and requiring their citizens’ data be stored in the same country, according to Sen. Ron Wyden, a Democrat from Oregon, and tech leaders who joined him at a roundtable in Palo Alto, California.

Wyden gathered executives from Google, Facebook, Microsoft, Dropbox and venture capital firm Greylock Partners in a high school gym to talk about the economic impact of U.S. digital surveillance as it affects international attitudes toward American Internet companies. Wyden said he supports surveillance where necessary but is worried about “dragnet” spying such as the wholesale collection of phone records. That kind of spying is turning users against U.S. companies, he said. “This is going to cost America jobs,” Wyden said.

From time to time, the New York Times pulls a tech article out of its archives to show how the more the world changes, the more it stays the same.

In this 1995 article, Peter Lewis describes the IPO of a plucky tech startup called Netscape. (Netscape and its Navigator web browser, in turn, was a predecessor of Mozilla Firefox). While technology might have moved on, the level of hype surrounding the latest next big thing in tech remains as strong as ever:

It would seem to be a bonanza for the Netscape Communications Corporation. Only a few months after releasing its first software, the company seems to be the runaway leader in a field with growth rates not seen since the early, heady days of the personal computer business.

The frenzy involves “browser” software — programs that enable Internet users to navigate the phenomenally popular multimedia service known as the World Wide Web. And although other browsers are available, Netscape’s Navigator software has emerged as many people’s browser of choice.

Since December, more than three million copies of Netscape Navigator have been distributed. People use the software to visit any of thousands of sites and “home pages,” replete with pictures and graphics, like CBS’s “Late Night With David Letterman” home page or the new Web site from Ragu Spaghetti Sauce, called Mama’s Cucina. On many of the most popular World Wide Web sites, three of every four visitors find their way there using Netscape Navigator.

An app developer’s perspective on the Mac app store

Milen Dzhumerov is an Apple Mac app developer from the UK. Over time, he has increasingly become frustrated at a number of issues affecting the Mac App Store, including how it handles pricing, trials and upgrades.

In an insightful blog, Dzhumerov runs through the issues he’s confronted while making a living as a Mac app developer, and makes some suggestions about how Apple could fix some of the issues developers face:

The Mac App Store was released in January 2011 and it marked the beginning of a great new distribution channel. Even though it lacked some bells and whistles, the developer community was hopeful the problems would be addressed in due course. Unfortunately, it has been years and there’s no evidence that the core issues would be addressed in the future, at all. When notable developers are abandoning your platform, cannot do the right thing for their customers and are delaying their MAS submission, something is very, very broken. I believe that the inaction is harmful to the whole Mac community, affecting consumers and developers alike.

How English beat German as language of science

Industry standards play a big role in the fields of science and technology. Over the years, there have been many epic battles between competing standards, from VHS and Betamax over video cassette in the ‘70s through to the present day battle between Apple’s iOS and Google Android.

Over the past century, another major standards battle has played out over the language of science. And as Nina Porzucki explains in an article for the BBC, it was not always clear English would emerge the winner:

Today, though, if a scientist is going to coin a new term, it’s most likely in English. And if they are going to publish a new discovery, it is most definitely in English… This was not always so.

“If you look around the world in 1900, and someone told you, ‘Guess what the universal language of science will be in the year 2000’, you would first of all laugh at them. It was obvious that no one language would be the language of science, but a mixture of French, German and English would be the right answer,” says Princeton University’s Rosengarten professor of modern and contemporary history Michael Gordin.

Gordin’s upcoming book, Scientific Babel, explores the history of language and science. He says that English was far from the dominant scientific language in 1900. The dominant language was German.