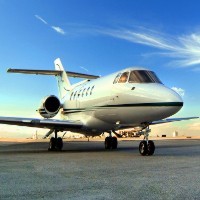 Aviation software developer AvSoft has released a version of its electronic flight bag (EFB) app for devices running Android 4.1 and above.

Founded in 2011 by Melbourne-based pilot and software developer Bevan Anderson, and initially developed for iPhone and iPad, AvPlan EFB is an app designed to help pilots prepare aircraft flight plans.

In November last year, Australian internet investor and NBN Co director Simon Hackett invested in a 40% stake in the company, allowing it to expand into the US market.

The AvPlan EFB for iOS includes the ability to share flight plans using cloud computing services, automatically download current weather forecasts and calculate the most time or fuel-efficient flight altitudes. It also provides a moving map for in-flight use.

The new Android version, dubbed AvPlan Lite 1.0, is an entry-level version of the app available as a free one-month trial from the Google Play store, with a full subscription costing $69 per year in Australia.