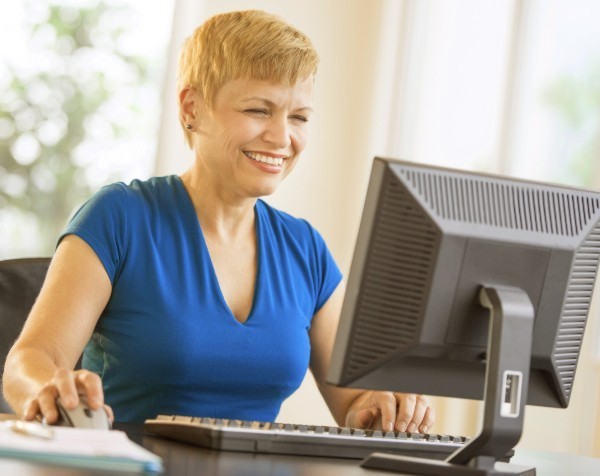 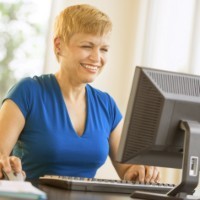 One of the helpful attributes of technology is what starts out expensive and difficult to use inevitably becomes cheaper and easier over time.

That means technologies and services which were once the playthings of the largest companies are now within the grasp of smaller businesses, and often on a pay-as-you-go basis.

And for those smaller businesses willing to take the plunge, newer technologies can lead to significant efficiency gains.

Any company that gives its employees PCs will be familiar with the problems of constantly securing, patching and updating them. While great strides have been made to streamline this, things can still go wrong, and when they do, recovery is not always easy. That means significant downtime and lost productivity.

Desktop-as-a-service (DAAS) attempts to solve this problem by making the entire content of the PC someone else’s responsibility. DAAS providers host and manage the entire computer environment remotely, often in a cloud service, with users accessing their applications and data over the internet.

According to the director of workspace product sales at remote computing specialists Citrix, David Nichol, DAAS is one of the fastest growing parts of his company’s business, with interest coming almost entirely from smaller businesses.

Nichol says operating costs for DAAS are now equal to or cheaper than managing desktops internally, and good service can be achieved even over 3G networks.

“They are getting a lot more in terms of reliability and performance, and taking away what is not a core function of the business,” Nichol says.

VMware’s director of DAAS for Asia-Pacific-Japan region, Asanga Wanigatunga, agrees that reduced operating costs are leading companies to investigate DAAS. He says many implementations have been in joint-venture projects, and there is particular interest for short term implementations, such as pop-up stores.

“They are opposed to capitalising assets,” Wanigatunga says. “They are looking to consume not just desktops, but everything as a service.”

It used to be that a shopkeeper could remember the names and details of their customers. While many still can, it is hard to scale that knowledge to a larger workforce.

Customer relationship management (CRM) tools have tried to meet the needs of smaller businesses, but have often proven too cumbersome or restrictive.

According to chief executive Mike Nash, many companies are not specifically looking for CRM.

“They tend to say they are stuffing things up, or things are falling through the cracks,” Nash says. “They are looking for a solution to a business problem, and CRM is part of that solution.”

Chief executive Ben Handler says the company was experiencing challenges in getting its 31 staff to engage with the CRM. The new role aims to help them understand why gathering customer data is important.

Handler says Salesforce is used for running all aspects of the business, including reporting of conversion rates and customers satisfaction.

“If there is a customer that is unhappy we can reach out to them and ask why and improve it,” Handler says.

Keeping your customers happy is vital, but so too is ensuring things run smoothly internally. As businesses grow it is easy for processes to break down, particularly when they involve interactions between different business functions.

Clark says many clients are using Zendesk for managing processes such as partner management, loyalty programs, and accounts receivable and payable.

“A lot of our customers using it across areas that we initially didn’t think of as customer service,” Clark says.

Numerous tools that started life supporting IT helpdesks are being modified to suit smaller businesses and a wider range of functions. ServiceNow for instance is experiencing strong adoption within HR and facilities groups, in addition to its traditional IT clients.

Managing director for ANZ, David Oakley, says his company has released an Express version which features the key functions of the main product but packaged for implementation in less than 10 hours.

He says smaller businesses are finding this particularly useful for managing external suppliers.

“The ability to do more appropriate invoice management and cost recovery is dramatically improved by having that service management function controlled,” Oakley says.

Now falling prices, cloud-based delivery and compelling visual interfaces mean business intelligence and visualisation tools from companies such as Qlik and Tableau are providing insights into the day-to-day operation of even small businesses, in easily digestible dashboard formats.

According to the managing director for Australia at cloud accounting service Xero, Chris Ridd, analytics tools such as Fathom and Spotlight are consistently amongst the most popular add-ons for his clients.

“You’ve got the real time data that’s been captured out of Xero, and then using a tool like Fathom you are able to extract a lot of financial and also non-financial metrics so the chief financial officer can now make fast decisions,” Ridd says. “Giving the business owner or advisor a very deep but quick view of the health of the business is becoming more valuable in many senses than detailed reporting.”

The cloud is about more than just computing. Services such as Airtasker, SideKicker, Nvoi and Livehire are creating clouds of talent that businesses can dip into as needed.

“It’s so easy and took a lot of hassle out,” Barakat says. “I am still under a sole trader agreement, and to go and employ someone is not something I was ready for.”

Barakat initially used AirTasker to find temporary workers to help out with food assembly and customer service, but the tasks are growing more complex over time.

AirTasker is one of a number of services that enable businesses to find, manage, pay and rate freelancers, in categories ranging from sales and marketing to promotions and events.

The marketing chief at parking rental service Divvy, Debra Goldstein, has been using another service, Sidekicker, to assist with a rebrand by finding a temporary in-house designer. She is now looking to use it to recruit a street team and ambassadors as her business expands.

“It was very clear that the easiest and most efficient way to get a designer to come in and work with me was through Sidekicker,” Goldstein says.

Sidekicker founder Jacqui Bull says her clients are wanting to run leaner teams and have the ability to pull in the skills when they need them or on a project-by-project basis.

“They love the simplicity of the system and the ability to post to pre-screened freelancers that have already been vetted,” she says.

One of the growing uses is hiring short-term sales representative and on-boarding teams in distant cities and remote locations.

“Being able to have teams of people trained in your product and sales process in different geographies has really strong implications, especially for businesses in remote areas,” Bull says.

While GPS is a standard feature in many vehicles, its functionality is often limited to helping us not get lost. But new low-cost services are putting that same technology to better use for small business.

Sydney-based Buffalo Locksmiths has worked with its technology partner Forum Group to equip four of its vans with devices from TomTom, and is managing them with TomTom’s Webfleet management tool.

According to managing director Adam Buckhan, Webfleet has proven handy for knowing where his team is and how long they spend on each job, enabling better invoicing and ensuring jobs run efficiently.

Interest in telematics amongst smaller business has been good news for specialist software maker Fleetmatics. Head of sales Ira Friedman says the company’s REVEAL product can reduce fuel and labour costs by identifying unauthorised vehicle use or prolonged idling.

“We are able to document when a driver starts his day, when he ends his day and what he did every minute of the day,” Friedman says. “What we are able to do is time-stamp for the owner.”

The system is also able to report back on how safely the driver is driving, and will soon add a service for least-cost routing.