Skype for iPhone getting major upgrade 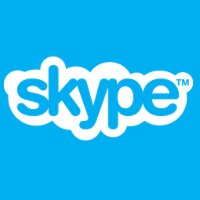 Microsoft has announced it is rolling out a major update to its Skype app for iPhones running iOS7 or greater.

The redesign follows an update to Skype for Android, and is designed to fit the look and feel of iOS, while still retaining consistency with other platforms, such as Windows and Android.

With the upgrade, Microsoft promises the user interface with smoother scrolling, as well as better integration for photos and better cross-platform support, meaning devices will be able to more easily pick up conversations from other devices on their iPhones.

The tech giant says the new release will be available globally for iPhone over the next week, with an upgraded version for iPad also in the pipeline.

‎Skype product marketing manager Eric Lin described the upgrade as its most important for the platform.

“We know our users are using Skype on multiple devices, and we want to make sure your Skype notifications keep pace with your conversations, no matter where they happen. Now, as you read your messages on your PC, tablet, Xbox and so on, those conversations will be marked as read (or unread if new messages come in) on your iPhone too,” said Lin.