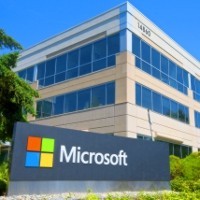 Microsoft is rolling out an updated version of Skype that works directly from popular web browsers, making it easier for small businesses to use the popular messaging service without needing to download a separate app.

The feature, known as Skype for Web, will allow users to log in at Skype.com in order to send instant messages, as well as make voice and video calls, directly from within a compatible web browser.

It is based on an API known as WebRTC (Web Real-Time Communication), a new World Wide Web Consortium (W3C) standard allowing voice and video calls to be made directly within web browsers.

Skype for Web will work on Windows PCs running Internet Explorer 10 with a WebRTC plugin, along with the latest versions of Google Chrome and Firefox. For Apple Mac users, it will work in Safari 6.

It will initially be made available to a small number of users who will receive an invite on Skype.com when they log in, with the feature rolling out globally over the coming months.

It comes after Microsoft announced it is combining Lync with Skype into a new business communications package called Skype for Business late last week.