Smart toasters and “airport birds”: Your guide to the weird and wonderful gadgets of CES 2017

Each year, the world’s most innovative companies come together under one roof for a four-day techfest, intended to showcase the most groundbreaking developments in technology across all sectors.

The Consumer Electronics Show (CES) has generated hundreds of headlines this week, and it has a long history, providing the first look at an array of revolutionary technology since its first run in 1967. From the compact disk to driverless cars, CES gives the world a peek at the newest ideas in tech.

That said, some additions to the show’s roster might seem less than revolutionary. Many products across the floor are concept devices, like Sony’s paper thin E-Ink watch, or Honda’s self-balancing motorbike, but some are ready to hit the market and make a difference – here are the gadget deets you need to catch up on:

Is your smartphone feeling lonely? Do you need another tiny computer to slide in your pocket? Look no further, because Intel’s latest product unveiled at CES has you covered.

The 5.5 cm by 9.5 cm device is called the “Compute Card” and features wifi, storage, memory, a fully fledged processor, and an input/output port. Intel is touting the device as a way to make “dumb” machines (like fridges or vending machines) smart.

However, for the everyday user, the Compute Card holds other benefits. Because it contains all the functionality of a computer, plugging the card into a monitor and keyboard “dock” would allow users to carry their data around like they would with a laptop, minus the bulk and weight.

The wheelchair of the future

US-based accessibility company Whill has designed a wheelchair that allows users to use one chair both inside and outside.

With a patented omni-wheel design, the Whill Model M takes up about as much space as a standard wheelchair, with vastly improved manoeuvrability. 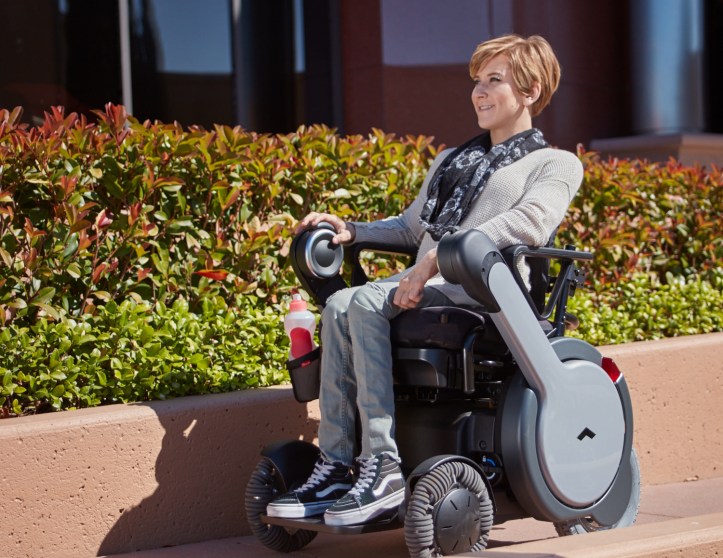 University of Illinois students have begun a startup aimed at grain farmers all over the world, called Amber Agriculture, with technology that provides more knowledge about moisture, temperature, and humidity within grain silos.

The tiny sensor is designed to be placed inside silos, reports Engadget, and communicates with an external sensor to give farmers with data on their crops.

The students hope the tech will help farmers know when to ship off their grain stores, and eventually prevent grain spoilage altogether.

The Zera Food Recycler by Whirlpool is a complex product with a simple concept. Food goes in, fertiliser comes out. No smell, no mucking around with unruly bins, just fresh compost straight to your garden.

Of course, there are a few caveats. As Engadget reports, Zera requires some maintenance. A carbon filter – to reduce smell – has to be installed and maintained, along with a plant based additive to help the machine break down your food.

The product will retail for the significant sum of US$1199 later this year, and even comes with a companion app for remote control.

A TV thinner than your finger

The world is accustomed to slim tech, with thinner and thinner iPhones being released each year, and laptops approaching an average thickness of just a few centimetres.

Televisions are one area of tech that has been traditionally thick, thanks to the components required to display pictures, not to mention input/output and speakers.However, LG seems to have missed the thick TV memo, settling instead on a 2.6-millimetre thick screen that’s intended to be mounted on walls.

The new 4K resolution OLED W-Series TVs were named Engadget’s best product at this year’s CES, and it’s easy to see why.The screen itself is hooked up to a soundbar located below the screen. This bar hosts all of the important bits, including speakers, connectivity, and the majority of the components.

The USB to end all USBs

Ever wanted to fit 3000 Game of Thrones episodes in the palm of your hand? Probably not, but if you ever need to you can thanks to data storage company Kingston.The company revealed its latest in data storage technology, showing off a two terabyte (or 2000 gigabytes) USB drive at this year’s CES. The device looks like something out of a Mission Impossible movie, and will easily hold virtually everything you could need it to.

Get kids active, but not the way you think

Children’s toys manufacturer Fisher Price is hoping to counteract child obesity with a new toy, but don’t tell the kids that.

Its new “Think and Learn Smart Cycle” is being marketed as a glorified video game controller, reports Gizmodo, enticing kids to play games on their TV and tablet whilst unknowingly getting some exercise too.A tablet or smartphone can be mounted to the front of the bike, and the bike connects to it via Bluetooth.

It’s a bird! It’s a plane! No, it’s this unique new gadget unveiled at this year’s CES designed to keep aeroplane’s jet engines safe from the tyranny of birds.

Designed by Netherlands company Clear Flight Solutions, the “Robird” is designed to scare flocks of birds away from dangerous zones like airports, where collisions with jet engines can end poorly for both the bird and the plane.

Techcrunch reports the Robird is not available for sale as a product, but Clear Flight offers it as a service, where a skilled bird-drone pilot will come on site and scare birds away.

The Internet of Things is a wonderful, groundbreaking concept. It has given us things like smartphones and FitBits, and it continues to evolve into more and more everyday appliances to get us connected and make our lives easier.

The new “Connected Toaster” from Griffin takes the Internet of Things to new, ridiculous heights. Slightly overcooked or undercooked toast will be a thing of the past with the company’s new toaster, as Techcrunch reports it includes options to “micromanage” your level of toastiness.

It also, of course, includes a companion app for your smartphone, sending alerts when your toast is ready, and allowing you to save preset settings to get perfect toast every time. 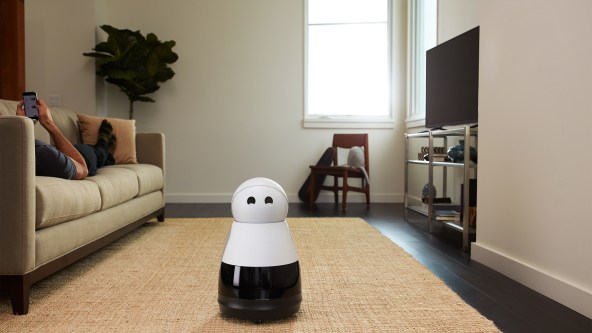 The somewhat Star Wars-esque robot has wheels, eyes, and a “voice” consisting of robotic like beeps and blips. Right now the functionality is limited, reports The Verge, as the developer is seeking more partnerships with major companies like Spotify.

The robot does include a 1080p camera and mapping software, letting it follow you around without bumping into walls. Kuri is also voice controlled.“A home robot should feel like closer to a pet or companion than an iPad ever could,” Chris Matthews, VP of marketing at Mayfield told The Verge.

Hey, let’s put a microphone in a hairbrush…

If you thought the smart toaster was a demonstration of a “because we can” attitude, there’s one product that takes it to an even further extreme. L’Oreal’s Kerastase hairbrush includes an accelerometer, gyroscope, load sensor, and a microphone which all collaborate to let you know how healthy your hair is or isn’t.

The brush gives you a score out of 100 on how healthy it perceives your hair to be, whilst also tracking your brush intensity and angle to help improve hair care routines.Overly forceful brushing can cause hair damage and L’Oreal hopes to educate users on how to properly care for their hair. 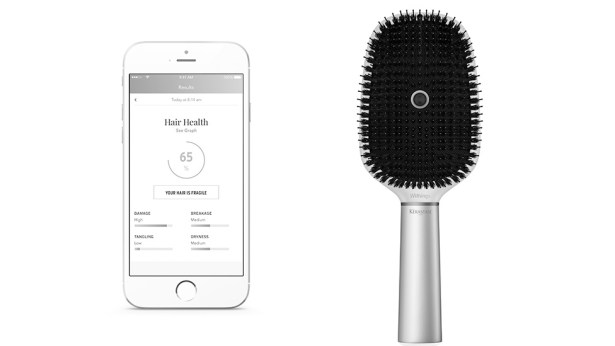