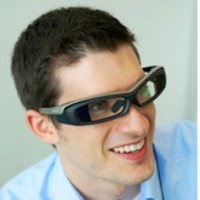 Sony has revealed its competitor to Google Glass, releasing a software development kit amidst mounting concerns about its smartphone-led turnaround plans.

As with Google Glass, Sony’s SmartEyeglass connects to a compatible smartphone (running Android 4.1 or later) in order to project information into a user’s field of vision, with the software development kit available through Sony Developer World.

Sony claims it has used a “hologram optics technology to develop a lens that achieves high transparency of 85% and thickness of just 3.0 mm”, with the device also embedding a camera, microphone, accelerometer, gyroscope and touch sensor.

News of the proposed device comes after reports from the Wall Street Journal the company expects to posta loss of $US2.15 billion ($A2.4 billion) due to writedowns from its mobile phone business, with the company now focusing solely on the high-end of the market.

The writedown, in turn, comes just weeks after the tech giant announced a major overhaul of its product line at the IFA trade show in Berlin, including new smartphones, tablets, and its first Android Wear smartwatch.

In April 2012, the company unveiled a new strategy called One Sony following record annual losses of $US6.4 billion, with the company spinning off its TV and PC businesses in February in order to focus on its imaging, games and mobile phone businesses.