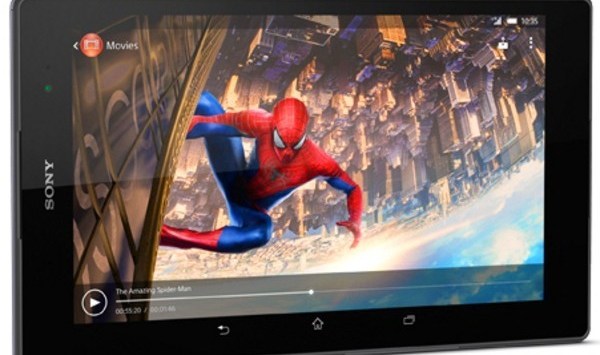 It’s no secret that Sony, once a powerhouse of the consumer electronics industry, has fallen on hard times of late.

In the September quarter last year, the company that once gave the world the Walkman, PlayStation, BluRay, MiniDisc and Betamax reported a massive $1.37 billion quarterly loss. In February last year, Sony announced it was pairing down its product line, culling 5000 jobs as it killed off its Vaio range of PCs.

As bad as that news was, it was not as bad as things were in April 2012, when Sony posted a record annual loss of $US6.4 billion.

And that’s without even mentioning the recent North Korean hacking scandal.

Against this backdrop, at the IFA Trade Show in September last year, Sony announced a major overhaul of its product line, releasing new smartphones, tablets and wearables in a bid to turn around its flagging fortunes.

So can the Z3 Tablet Compact reverse Sony’s flagging fortunes? It’s time to find out.

The Z3 Tablet Compact is an Android 4.4 KitKat tablet (the latest version is 5.0 Lollipop) powered by a 2.5 GHz Qualcomm Snapdragon 801 Quad-core processor.

Sony is offering the Wi-Fi-only tablet with 16 gigabytes of storage at a recommended retail price of $499, the same price point as Apple’s equivalent iPad Mini.

For Jamie Rigg at Engadget, the Z3 Tablet Compact fails to impress – especially at the price Sony is asking:

Sony’s Xperia Z3 Tablet Compact is a lovely piece of hardware. It’s light on flair, has a borderline-terrible camera, mediocre stereo speakers and a slightly tired Android build. On the flipside, though, it has a fantastic display (even if it is only a 1080p panel), outstanding performance and long battery life. Maybe I’m just boring, but the facet I like most is how thin and light the tablet is. I haven’t really wanted for a new slate since I picked up a discounted OG iPad mini many moons ago. While I’ve been using the Z3 Tablet Compact, I’ve grown to adore how… compliant it is. For me, its size and weight are the most impactful features, but therein lies the problem.

A high waterproof rating doesn’t justify such a high price, and I shouldn’t really be complaining about things like camera performance for that kind of dough, either. I’ve had the luxury of using the featherweight tablet for an extended period of time — enough to fall in love with its petite profile — but I haven’t had to drop a cent for the pleasure. While I’d be happy to add one to my gadget repertoire, I simply can’t bring myself to drop nearly 500 bones on a tablet that doesn’t stand out enough from the crowd. If it were cheaper, maybe — but for now, I’ll stick with my two-year-old iPad mini, thanks.

Over at CNet, Andrew Hoyle was impressed by the fact the tablet could be used as a second screen for Sony’s PlayStation 4 games console, a prime example of integration across Sony’s product line:

The Sony Xperia Z3 Tablet Compact stuffs a heap of power and a good display into an extremely slim, waterproof body. While its ability to act as a screen for a PlayStation 4 can be shaky at times, it’s a novel feature not found on other Android tablets. Sony has filled the interface up with so much pre-loaded software that it looks cluttered before you’ve even downloaded your first app. Opting for a higher resolution display would help it compete against many of its rivals.

The Sony Xperia Z3 Tablet Compact’s wealth of power, its skinny, waterproof body and decent screen make it a good option to consider if you’re after a portable tablet. Although its screen resolution doesn’t put it over its competitors, its ability to play games from your PS4 — although not perfect yet — gives it a unique selling point.

Games are streamed smoothly, in real time, at times avoiding stop-start playback by dropping some frames. Remote Play is not some half-baked gimmick, but rather a genuine alternative that lets you set your PS4 up on the best screen in the house, and then still game when that same screen is in use. The Z3 Tablet Compact proves to be the best product for Sony’s Remote Play as it’s large enough to appreciate the graphics, and yet small enough to comfortably work as a remote control.

Waterproofing the tablet hasn’t taxed its appearance. The Z3 Tablet Compact will work fine in water 1.5 metres deep for a straight thirty minutes. Most won’t encounter such conditions, but the additive serves other purposes.

Wet hands won’t stop you from using the tablet during tasks as varied as cooking, swimming or reading in a tub. One Good Gear Guide staffer could use the perk to stream basketball matches over NBA League Pass while showering… Fans of all sorts of multimedia will be well served by this tablet and shouldn’t hesitate to pay Sony’s $499 asking price — it’s worth it.

Finally, Chris Martin at PC Advisor notes there are some key features of the tablet that audiophiles are sure to love:

The user interface is much like previous versions found on Xperia devices. It’s close to stock Android but with Sony styling and apps such as Walkman. App icons are bigger, you can double tap to switch the screen on which is a boon but there is one key new feature which will set gamers’ hearts racing.

Sony has opted for a Full HD (1920 x 1200) resolution instead of anything higher but the screen looks nicely crisp and has the advantage of Sony’s TV tech like Triluminos with Live colour LED.

A new feature to the Xperia Z3 range is support for High-Res audio (including DSD files). If you don’t own such files, Sony’s DSEE (digital sound enhancing engine) HX technology promises to upscale content to ‘near High-Resolution quality’.

If you’re into tablet photography then the Xperia Z3 Tablet Compact has a pretty decent 8.1 Mp rear facing camera with an Exmor RS sensor – about on par with the Galaxy Tab S 8.4. However, the high quality 2.2 Mp front camera is arguably more useful for video calls.

Sony has always predominantly been a home entertainment focused company. On that front, especially if you’re an audiophile, are invested in Sony’s media ecosystem or own a PlayStation 4, there are a number of key benefits for choosing the Xperia Z3 Tablet Compact.

Unfortunately, unless you’re already part of Sony’s core user base, there is little to recommend this tablet over the competition – especially at the price.