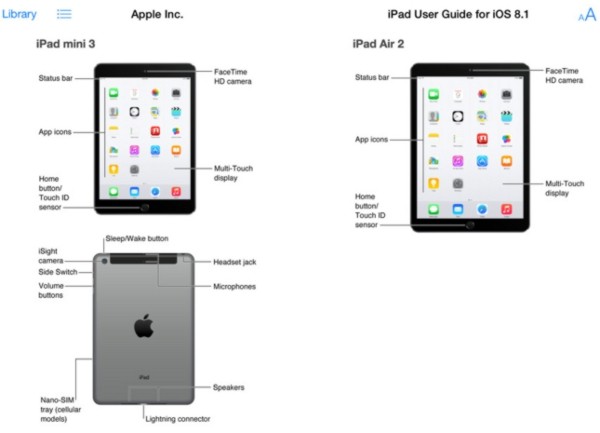 Apple has accidentally leaked details of its upcoming iPads, with the leak discovered just minutes after Google announced an update to its Android operating system and a new line-up of Nexus smartphones, tablets and set-top boxes.

The leak came through screenshots posted on the iTunes Store of the iPad Users Guide for iOS8 and were first noticed by Apple fansite 9to5Mac, showing one device labelled as the iPad mini 3 and a second called the iPad Air 2. Within an hour, Apple removed the page.

The leaked photos show a Touch ID sensor in the Home button, a faster A8X processor, a Burst camera mode for the iPad Air 2, and a gold colour option.

News of the leak on the same day as a major Google product launch led TechCrunch’s Matt Burns to speculate the leak might have been less coincidental than it appeared at first.

It’s a bit strange that this Apple leak was found just minutes after Google announced its latest and greatest…. http://t.co/XKGUUuKLqf

The leak came one day before an Apple launch event at which the tech giant is expected to update its iPad and iMac product lines.