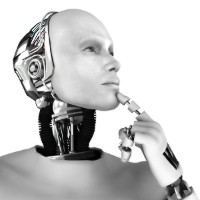 The South Korean government has announced a 2.6 trillion won ($A2.69 billion) investment in its local robotics industry, in a move set to benefit industrial giants such as LG, Samsung and Hyundai.

The new program, initiated by South Korea’s Ministry of Trade, Industry and Energy, comes just weeks after Japanese Prime Minister Shinzo Abe announced a policy to revive the Japanese economy by tripling the size of its robot manufacturing market.

The policy, dubbed the “robot revolution”, will also see Japan host a Robot Olympics alongside the 2020 Tokyo Olympic Games.

According to a report in the Korea Joongang Daily, the new South Korean government program is also a response to the US government’s $US2.2 billion Advanced Manufacturing Partnerships Program and the EU’s Horizon 2020 policy.

A key focus of the new South Korean policy will be the development of robots for disaster recovery and rescue operations.

By 2019, the country hopes to develop a “healthcare town” where robots assist senior citizens, as well as a “robot business zone” where manufacturers can test smart factory technologies.