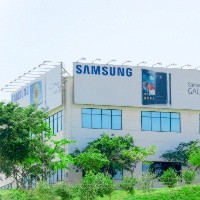 The Seoul High Court has upheld a 2011 ruling that Samsung Electronics is responsible for the deaths of two of its semiconductor plant employees from acute myeloid leukaemia in 2006 and 2007.

According to a report from South Korean news agency Yonhap, Yumi Hwang and a colleague contracted the illness in 2005 while working at the Samsung production plant at Yongin, 49 kilometres south of Seoul.

According to the Korea Times, SHARP claims up to 164 Samsung employees suffered serious illnesses, growing to 233 when affiliated companies are included, with 70 dead. The group also demands to know the chemicals used at Samsung’s plants.

For its part, Samsung refuses to negotiate over the additional workers, and has begun direct talks with families ahead of a seventh round of talks with SHARP on September 3. The advocacy group has publicly disagreed with five families that have already accepted a settlement proposal from Samsung.

Meanwhile, just as it looked like the conglomerate’s PR troubles could not sink any lower, its construction affiliate Samsung C&T was blamed for a massive 80 metre sinkhole opening up in Seoul’s Songpa district. According to a Chosun Ilbo report, the sinkhole was caused by shoddy practices used on a nearby subway.