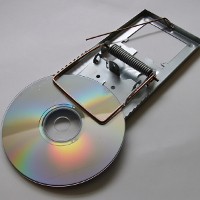 A Queensland steel company has been forced to pay $17,500 in damages for using unlicensed software.

The Software Alliance (BSA) this week settled a case with Wulguru Steel for the illegal use of design software products Autodesk and AutoCAD.

The penalty follows a recent case where the BSA ordered a Melbourne recruitment firm to pay $11,000 for unlicensed Microsoft Office software.

Wulguru was using a pirated ‘non-genuine’ copy of the two products, such as those downloadable from the internet for free or for a discount.

The BSA was tipped off about the piracy by a person who knew about the unlicensed software use, via the BSA web reporting form.

It was believed the company had been using the unlicensed software since about March 2012.

In addition to paying $17,500 in damages, Wulguru is required to purchase legitimate software licenses for both products.

BSA Australia committee chair Clayton Noble told SmartCompany the case again highlights to businesses that it is “not worth the risk” of using unlicensed software.

Noble says as well as the risk of legal action and reputational damage, using non-genuine software can open a business up to security risks.

“One in three copies of non-genuine software available from the internet contains malware,” says Noble.

“If you use that kind of software, you don’t know what you are getting.”

However, SmartCompany readers have previously commented that businesses are often forced to use unlicensed software because of the cost of business software.

“If the software wasn’t so ridiculously overpriced perhaps more people would buy it legitimately,” said “DexteR” in relation to the Melbourne recruitment firm case.

In response to this, Noble says businesses now have more options with a range of prices when purchasing software.

“All of our members operate in a competitive market and they compete hard,” says Noble.

“Even within the products, there are now so many different commercial models.”

Noble said often the price is reflective of the product’s superior features, meaning the best product will be more expensive, and business will often pay less than individual consumers due to discounts offered for purchasing more than one licence.

Noble says business should look at cloud software to reduce the risk of being non-compliant, as cloud-based products run on subscriptions and require you to register before use.

“We urge customers to have a good look at their software needs and to check a range of options,” he says.

Wulguru Steel was contacted for comment but SmartCompany did not receive a response prior to publication.