Why this Sydney real estate company spent $20,000 on a robot receptionist

Sydney based real estate business JLL Australia has ditched real staff and gone for a more mechanical alternative, employing a robot as a receptionist in one of its offices.

The 57cm tall robot, named JiLL, sits in the foyer of level three at one of company’s Sydney offices, welcoming customers and receiving deliveries, Fairfax reports.

JiLL’s functions are somewhat limited, and her programming only allows for simple verbal syntax – greeting her with a “G’day” wont get you far.

Customers and clients are also presented with an iPad, which can complete tasks JiLL isn’t capable of yet, but JLL’s Australasian head of integrated facilities management Chris Hunt told SmartCompany he hopes she will be able to do more in the future.

“It is very much a pilot at this this stage, and we’ve intentionally simplified what she can do so we can learn how to use her best,” Hunt says.

Hunt says JiLL’s simple verbal interface can become quite complicated when it comes to how different people speak, so the team has kept it simple for the moment.

Hunt says his client’s feedback had been overwhelmingly positive, but admits some are uncomfortable with speaking to a robot.

“It’s clear that in the first couple of weeks some people have not been comfortable with talking to a robot. I had a client apologise to me, he said ‘I hope you don’t mind, but I tapped myself in rather than speaking to JiLL,’” Hunt says.

The robot cost the company $20,000 to create, and despite the hefty upfront cost, Hunt says it would be five times as expensive to hire a receptionist. 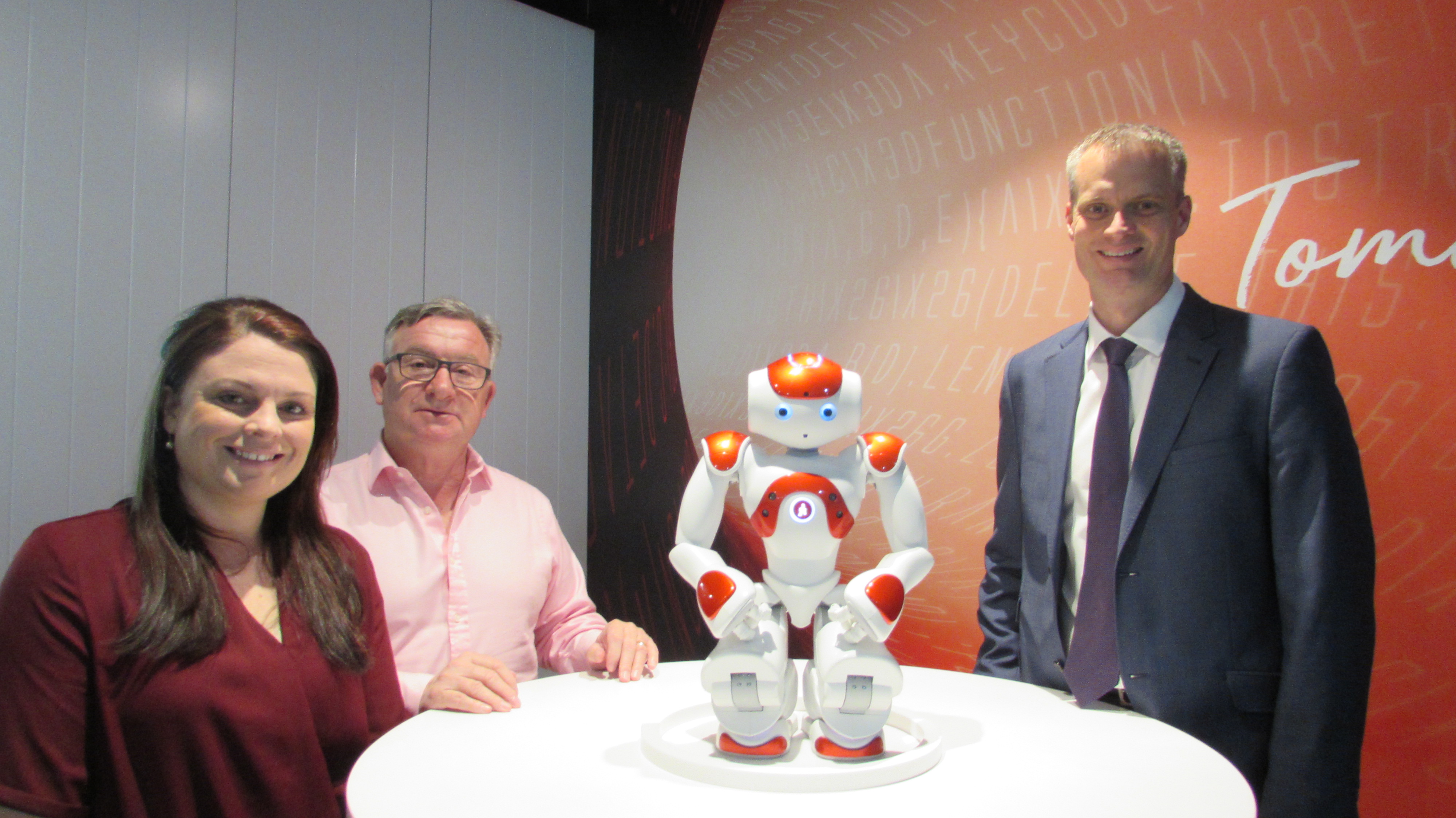 “We are increasingly aware of technology in the workplace. Robots are starting to emerge in a number of different situations including in hospitality and the property industry,” Hunt says.

Hunt says the company chose to implement JiLL so it could better understand the advantages of robots in the workplace and advise their clients accordingly.

“My area of JLL manages the workplaces for ANZ, Telstra, and Qantas, among others. The idea of the pilot was when the clients ask us what’s happening on the bleeding edge of the workplace, we can talk with knowledge about the benefits for their workplaces,” he says.

JiLL isn’t the only robot the company has started to pilot. It’s also using robotic cleaning devices in the larger facilities that it manages. Hunt hopes to roll out more of the robots, across a number of different roles.

JiLL may be quite small, but Hunt is confident she wont be stolen by opportunistic guests, having a number of anti-theft measures implemented in her programming.

“If you handle it roughly, it will take photograph of you and email it to someone on our team. It also has an inbuilt GPS, which works a bit like Find My iPhone,” he says.

Hunt also believes this sort of technology has far-reaching potential for many different businesses, including customer service and retail.

“In any kind of meet and greet situation, these sort of robots have broad reaching potential.”

who is going to pay the increasing welfare cost for displaced workers. Bet it will not be the ‘shed workers ASAP so that I can earn bigger bonuses for cost cutting’ execs or the profit hungry companies which will eventually earn less profits or be forced out of business because there are no wage earners left that can afford to buy their product.