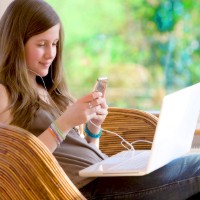 Optus and Telstra have announced they will conduct commercial trials of 4G services using the 700 MHz spectrum, freed up by the switch from analogue TV services to digital.

In its statement, Optus says it will roll out its initial trial in the Darwin and Perth CBDs for users of compatible devices, including the Samsung Galaxy S5 and HTC One (M8) before January 2015.

The carrier will then begin a wider rollout covering “around 200 holiday destinations and new regional locations” from January 2015.

In a separate statement, Telstra said it will roll out a trial to cover Perth, Fremantle and Griffith in the coming weeks, rolling out to Esperance, Mildura and Mt Isa in January 2015.

In May of last year, the federal government auctioned off 700 MHz and 2.5 GHz band licences, which had previously been used for analogue VHF and UHF television services.

The additional frequencies mean the carriers will have extra capacity on their networks to add high-speed 4G services, with the lower frequencies offering better penetration into buildings, lifts and car parks.