Telstra takes on too many iPhone 7 pre-orders, while people are being paid $7 an hour to line up outside Apple stores 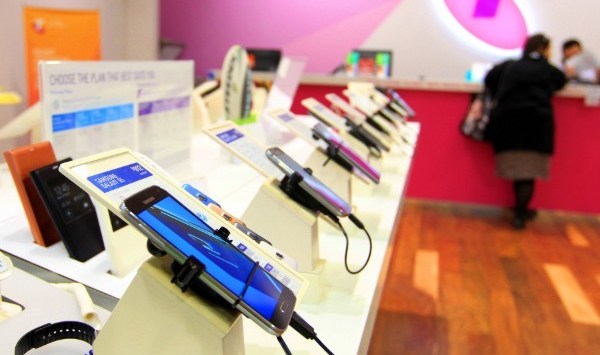 Telstra has been the target of iPhone-fuelled social media backlash after a number of customers who pre-ordered Apple’s new device were told they would not be receiving the mobile on its day of release.

The iPhone 7 is due to hit stores tomorrow, and Telstra was taking on pre-orders as soon as the device’s release was announced last Thursday. Those who got in quick enough were promised a device on the release date, but a number of unhappy customers have found their phones on back-order.

Many customers have taken to Twitter to ask Telstra about the status of their phones, with several advised they won’t have stock until November.

@harrex Due to high demand we’re out of stock and don’t expect more until November at the earliest. -Dan

Speaking to Business Insider, a Telstra spokesperson said the company had “seen strong customer demand with pre-order exceeding expectations and expect demand for iPhone 7 Plus to exceed supply initially”.

“Apart from the Jet Black variants, we expect to receive more stock of these models soon after the initial launch,” a company spokesperson said.

Some customers who had ordered Apple’s new “Jet Black” iPhone from Telstra tried to switch to other colours that may be in stock, but the company advised this “may incur termination charges”.

Some customers have looked to other providers, with one customer saying in a tweet “been told Optus can supply one. Can I cancel my order considering you wont send my order that was “in-stock” until NOV!!”

Can’t get a pre-order? Just line up instead.

For some businesses, the new iPhone 7 launch has been an exciting opportunity, as dedicated fans of the mobile phone range are known to line up out the front of stores for 24 hours before a release.

One customer was keen to get their hands on the new device, but lining up for a day was not so alluring. Instead, they used jobs service Airtasker to recruit someone to line up in their place, reports Business Insider.

UTS Business and engineering student Gergely Marton will sit out the front of Sydney’s Apple store tomorrow for 24 hours, for which he will be paid a total of $200.

At approximately $7 an hour, with $30 of the amount going to Airtasker, it’s not anywhere near award rates. However, Marton says he’ll be doing it for the experience.

“I think it will be a social and friendly atmosphere, to stand in line with other people who really love Apple,” Marton said.

Apple’s new Jet Black edition of the iPhone 7 is only available for people who queue, which is why Airtasker marketing vice president Simon Reynolds believes people are using the service.

“Airtasker is an interesting platform because you can get anything done, so we’re seeing a lot more of these tasks popping up,” Reynolds told SmartCompany.

“There was one [job] where someone wanted a driver so they could catch Pokemon on Pokemon Go, and another where someone lined up for Tim Cahill’s autograph.”

With the release of the iPhone 6 in 2014, Airtasker saw job offerings of only $150 for 24-hour queuing, so this release is a significant increase. Reynold’s says Airtasker has no say in how much customers choose to charge.

“We don’t have a say in what the prices are, because people define what people are paid,” Reynolds says.

“It’s a case of they’re either doing nothing or making $200, and lining up for a new product can be a really amazing experience.”

SmartCompany contacted Telstra for comment but did not receive a response prior to publication.

Now preorder the iphone 7 online only at NewSmartphoneDeals;com