The beginner’s guide to small business broadband in Australia 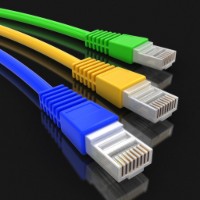 Especially if you aren’t tech savvy, setting up a broadband connection for your first shop or office can be a nightmare.

The growing importance of online shopping, cloud computing and social media have raised the stakes substantially for many businesses.

The process can be complicated further by the fact the National Broadband Network has rolled out to some areas, but not others.

So SmartCompany asked a number of experts in the Australian telecommunications industry for their advice about the phone options available to a small business of between five and 10 staff.

Here’s a look at the options open to small businesses connecting a broadband internet service, as well as some of the key issues you need to consider.

Before you get started, you’ll need to get acquainted with a couple of jargon terms you’ll hear when you’re comparing broadband products.

The first of these is the speed of your connection, which is measured in “megabits per second” or mbps.

The speed of a broadband connection is usually measured by how many millions of binary digits – or bits – it can carry in a second. In turn, there are 1000 bits in a kilobit, 1 million bits in a megabit, and 1 billion bits in a gigabit.

So what do these speeds mean in everyday terms? A movie in high definition – a fairly large computer file – will take a little under three hours to download at 8 Mbps. At 24 Mbps, that drops to around one hour. At 100 Mbps, the time it will take to download is only around 15 minutes.

The other thing you’ll need to consider is your monthly download limit.

To make this part confusing, most internet providers measure speeds in bits but download limits in a slightly different measure, called bytes. The thing to remember is that there are eight bits in every byte. Likewise, there are 1000 bytes in a kilobyte, 1 million bytes in a megabyte, and 1 billion bytes in a gigabyte.

Some questions to ask before you connect broadband

How fast you need your connection (in megabits per second) and how high your download limit needs to be (in gigabytes) will be determined by how you are likely to use the internet in your business.

If your business depends on cloud-based services, video conferencing or regularly downloading large files, you will need to consider plans with a higher download limit than a business that mostly uses the internet to send plain-text emails.

Will Irving, the group managing director of Telstra Business, told SmartCompany this is an issue you should consider ahead of time.

“What will you primarily be using the service for? For example, sending large files, video conferencing, emails, etc,” Irving says.

“Do you operate in an out-of-office environment? It could be time to choose a mobile and cloud solution that you can use while out and about.

“What networks are currently available in your area, and has the NBN timetable for your area been announced yet? If so, you should look for products that are NBN-enabled so you can upgrade without minimal fuss.”

The importance of planning

Meanwhile, according to iiNet general manager for government and business, Daryl Knight, your past usage patterns are a valuable starting point in choosing a broadband package.

“To minimise the risk of business interruption, the best advice is to plan, plan and plan again for any business move as far out as possible,” Knight says.

“The first step is to identify your historic usage patterns and then extrapolate how that might impact your new office, especially if extra staff are required.

“Once you’ve done that analysis, examine the range of broadband plans, including speeds, data quotas and prices, to identify which best meets your needs.

“It is probably advisable to over-estimate your requirements at first and then scale back later rather than to find your business constantly bumping up against its speed or data quota limits.”

According to Knight, another potential issue to be aware of before you agree to connect broadband is the cabling arrangements used in your office building or shopping centre.

“Internal cabling in MDUs (Multi Dwelling Units) can present challenges in some buildings. As these issues are generally not known until an order is placed, plenty of advance time is advisable to identify and solve these problems before your business’ operations depend on it.”

One of the key issues that will determine what broadband options are available to your business is whether your suburb or town is currently served by the NBN.

The main technology used on the NBN in metropolitan areas is called fibre-to-the-premises (FTTP), which allows your business to connect directly to a high-speed fibre optic cable connection.

In rural and regional areas, other technologies, including fixed wireless and satellite, are used to deliver NBN services, albeit with slower maximum speeds.

However, an NBN Co spokesperson told SmartCompany NBN rollouts in the future are likely to use a range of different technologies.

“NBN Co is committed to delivering broadband services to Australians by leveraging a mix of technologies to deliver broadband faster, more efficiently and cost-effectively for taxpayers.

“The new government has asked NBN Co to think afresh about incorporating existing broadband technologies into the mix to enable people to receive faster broadband sooner and at less cost to the taxpayer. This includes Telstra’s copper networks, the HFC (cable) networks of Optus and Telstra as well as continuing the fibre rollout.”

It is worth noting that speeds on these technologies are likely to be slower than a direct FTTP connection.