The five things you need to know from the Apple WWDC 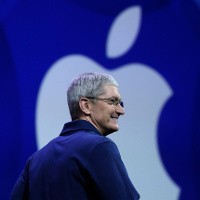 It’s that time of year again – Apple has staged its annual Worldwide Developers Conference (WWDC) in San Francisco and all heads have turned to the tech titan to see what was up its sleeve this time around.

While last year’s conference was all about small, nifty changes and tweaks, this year there were a handful of big reveals to get the Apple fan-base excited, including the release of a new streaming service to take on Spotify.

And although some announcements were certainly bigger than others, it didn’t stop the humble tech company from giving the event the modest tagline of “the epicentre of change”.

SmartCompany looks at the five key things you need to know that happened at this year’s event.

Apple users will enjoy an upgraded operating system from July, although don’t expect a radical change – iOS 9 is more about fine-tuning some old features.

You will be able to draw sketches with your finger in Notes, work in two apps side-by-side on an iPad, use Facetime while you’re using other apps and public transport stations will appear on Maps.

Apple said the new system will give users an extra hour of battery life and a low-power mode to help further extend battery life.

The tech giant also rolled out OS X El Capitan, a new version of the Mac operating system. The Spotlight search function has been tweaked and further integrated with the web and you will be able to split-screen apps so you can work side by side without as much difficulty.

Apple Pay is seemingly gaining more momentum with the announcement that it is moving outside of the US – but not to Australia just yet. The payment platform will be rolled out in the UK in July.

Small businesses are a clear focus for the Apple Pay platform, with Apple announcing it will partner with credit card processing technology Square to deliver a new credit card reader Near Field Communication (NFC) payment reading capability for SMEs.

With iOS 9, Apple Pay will now include capabilities for businesses to keep track of rewards programs and store-issued credit.

Complete with a performance by rapper Drake, Apple attempted to get a younger market excited about the release of the service into an already saturated market.

Users can stream their favourite artists, watch music videos and listen to curated playlists, side by side with your existing iTunes library. Prices start at US$9.99 a month, with no word on how comparable the Aussie version will be yet (Australians currently pay more for music on iTunes than their US counterparts). The pricing will put the pressure on competitor Spotify, which charges $11.99 a month to Australian users.

Apple is boasting a catalogue of 30 million songs and has even created its own live radio station called Beats 1 that users can tune into.

Apple Music will be available at the end of the month.

Siri, Apple’s voice assistant, is set to get more “proactive” by offering you contextual reminders and new ways to search photos and videos.

Siri will now offer suggestions of people you may want to call, apps to use at a certain time of day, breaking news to read or tracks to listen to on a morning run.

As well as looking more like the Siri function on the Apple Watch, Apple also said the iOS 9 version of Siri is faster and comes up with more-accurate results.

It may have only reached Australian shores in April, but it’s already time for a software upgrade for the Apple Watch.

Mail has been tweaked so you can now respond to emails using dictation, Smart Replies or emojis, while a Time Travel feature allows you to scroll through future and past events including upcoming meetings or activities, the temperature for the week, and information from third-party apps, such as upcoming flight information.