The great connectors; Slack’s founders on how they became a $1 billion company in two years: Best of the Web 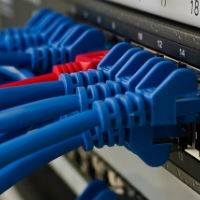 Walter Isaacson, known for his biography of Steve Jobs, has just published The Innovators and draws from the themes in that book for this Vanity Fair article, ‘The Great Connectors’.

Isaacson argues that just as the Industrial Revolution was driven by combining the steam engine with ingenious machinery, the Digital Revolution has been driven by two great innovations: the personal computer and the internet.

He says this created a shift in influence from the old establishment made up of “bankers, wise men, and a corporate elite” to a new establishment “led by the pioneers of technology, information, and entertainment”.

But according to Isaacson, technology’s future is dependent on human entrepreneurs and innovators.

Human entrepreneurs and innovators will supply the imagination, the creativity, and the ability, as Steve Jobs would say, to think different.

The people who succeed will be the ones who can link beauty to engineering, humanity to technology, and poetry to processors. In other words, it will come from creators like those on this year’s list, who can flourish where the arts intersect with the sciences and who have a rebellious sense of wonder that opens them to the beauty of both.

On FirstRoundReview they’ve investigated Slack’s launch strategy, which turned the internal communication company from a worth of $0 to $1 billion in just two years.

In “From 0 to $1B – Slack’s Founder Shares Their Epic Launch Strategy” Slack’s “Twitter wall of love” is identified as emblematic of the drivers of the company’s success.

These tweets are real, and they’re the stuff of founders’ dreams. And yet Slack hasn’t run any big integrated marketing campaigns — they don’t have an elaborate email strategy or buy million-dollar billboards. (In fact, they hit those user numbers without a CMO.) So how did the company not only launch with enviable momentum, but so quickly win users’ hearts? If there’s one theme that emerges when founder Stewart Butterfield talks about Slack’s success, it’s that the company made customer feedback the epicenter of its efforts.