The latest on Virgin Galactic’s SpaceShipTwo crash: Best of the Web 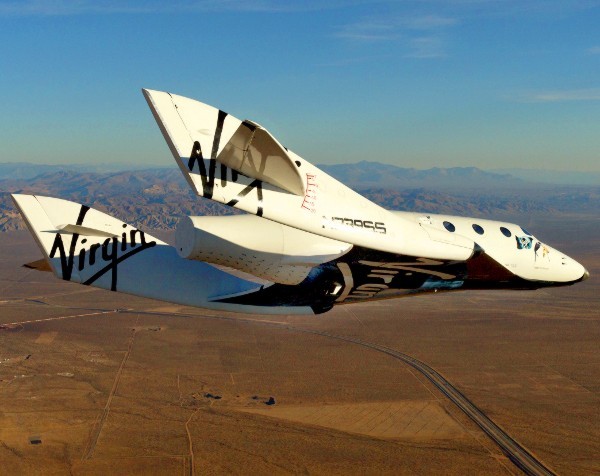 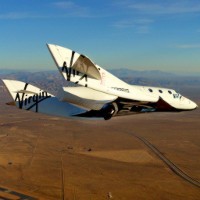 The crash of Virgin Galactic’s SpaceShipTwo during a test-flight in the US has had a chilling effect both on the commercial space flight industry and the broader science and technology sectors.

The incident has caused some to call into question not only the future of the Richard Branson-backed venture, but the broader future of space tourism (at least in the conceivable future).

So what happened and what went wrong?

As a starting point, Space.com has this excellent infographic that explains how SpaceShipTwo was supposed to work.

Over at The Guardian, Juliette Garside, Ed Pilkington, Mark Tran and Ian Sample fill us in on the latest details about the crash:

Virgin Galactic’s space plane broke apart in mid-air seconds after its re-entry system deployed prematurely in an accident on Friday that killed one of its pilots and left another seriously injured, US crash investigators have said.

SpaceShipTwo (SS2) was equipped with a “feathering system” to reduce its speed and stabilise its descent on return to Earth, but investigators found that the mechanism was activated before the space plane had reached the right speed during Friday’s test flight.

Christopher Hart, the acting chairman of the US National Transportation Safety Board, told a press conference on Sunday night that the co-pilot, Michael Alsbury, had unlocked the feathering system, but that the second stage of the process, which moves the wings into the feathering position, happened “without being commanded”.

Over at Crikey’s Plane Talking blog, Ben Sandilands has this discussion of what the crash is likely to mean for the US space flight industry:

If the central allegations about the conduct of Virgin Galactic in this UK Sunday Telegraph report are correct, it will not just be Richard Branson’s legacy that will suffer, but the complex and arguably inadequate state of safety regulation of commercial space ventures by US authorities.

However, caution should be exercised in leaping to either conclusion.

Meanwhile at Parabolic Arc, Doug Messier has raised some interesting questions about the safety culture at Virgin Galactic:

As Virgin Group Chairman Richard Branson defends the safety culture and record of Virgin Galactic against what it terms as unwarranted attacks, Parabolic Arc has learned that the man whom the company lists on its website as its vice president of safety retired in January 2014. Sources also say he has not been seen at the office for over a year.

However, Virgin Galactic has continued to list Turnipseed as holding that position on its website as early as last month. Although the Our Team section of the Virgin Galactic now defaults to a single page with a series of statements about the fatal crash of SpaceShipTwo on Friday morning, the Internet Archive Wayback Machine has a version of the page from Oct. 6, 2014, that clearly lists Turnipseed as holding that position.

Are purple squirrel hunts causing the US IT talent shortage?

Is there a skills shortage in IT and tech-related jobs in the US at the moment?

Perhaps, but as Laurianne McLaughlin from Information Week explains, many in the industry believe poor HR recruiting techniques are exacerbating the situation:

But is a botched hiring process aggravating this talent shortfall? Business technologists are sharply divided: About half of survey respondents at those larger companies see it as broken or too stringent, while 45% of the folks at smaller companies see things that way.

As McLaughlin explains, too many tech recruiters end up posting job ads that demand experience with a combination of unrelated technologies that few in the workforce are likely to possess. Critics say some job postings are as likely to produce a purple squirrel as they are an employee with real-world experience in all the technologies demanded:

Another disliked hiring tactic is a “purple squirrel” hunt, whereby companies seek a job candidate whose mix of skills and experience is impossible to find. “The ‘purple squirrel’ job postings arise in many cases because HR needs a way to thin out the mountains of applicants that they have,” Matloff says. “So again, the claimed shortage is actually an embarrassment of riches.”

On a related note, over at Wired, Issie Lapowsky looks at one of the latest trends in tech employment.

For years, basic quality assurance work was one of the jobs outsourced to emerging markets. However, as Lapowsky explains, it’s a role that’s increasingly shifting back to low-income urban neighbourhoods within the US:

This is the home of Startup Box, a company that aims to transform Hunts Points into a new hub for computer software testing. Over the past 20 years, so much of the country’s “quality assurance” testing—QA, in industry lingo—has moved overseas to places like India and the Philippines. But Startup Box seeks to bring many of these jobs back to the US—specifically to places like Hunts Point, where they’re needed most.

But both operations—Startup Box and Doran Jones—paint their new operations as more than just charity projects. As offshoring becomes more and more problematic in the ever-changing tech world, they say, on-shoring is a major market opportunity. They can make outsourcing more efficient and diversify the talent pipeline in tech, in addition to bringing some much needed jobs back to the US.

In September of 1959, the premier of the Soviet Union, Nikita Khrushchev, visited a pioneering tech facility run by IBM in what today is known as Silicon Valley.

During a tour of the facility, the Soviet leader was shown the 305 RAMAC – the world’s first computer with a built-in hard disk drive. It was a revolutionary product that contributed to America’s technical superiority and eventual victory in the cold war.

Unfortunately for the Soviet Union, it appears Khrushchev made copying the cafeteria, rather than the computer, a government priority. As Harry McCracken recounts in FastCompany, such situations are one of the big pitfalls of central planning:

The concept of self-serve dining was so unknown in the Soviet Union that Sergei Khrushchev remembered Vyacheslav Petrovich Yelutin, the minister for higher education, failing to notice a gap in the counter, whereupon his tray of food fell to the floor with a clatter. But Khrushchev was smitten with the experience. What did he like? Just about everything. He admired it so much that he went home and instructed Soviet factories to build cafeterias which mimicked what he’d seen in San Jose.

During joint remarks at IBM’s campus, Watson praised Soviet technical accomplishments–“your abilities in rocketry, your sputniks, your moon shot”–and called for greater understanding between the two superpowers. Khrushchev, however, had nothing to say about American technology, from IBM or anyone else. But he did repeatedly praise the cafeteria.

How secure is your company’s instant messaging app?

From Apple iMessage to BlackBerry BBM and Skype to Hangouts, there are more mobile and desktop messaging services on the market than ever before. However, when it comes to security, not all services are created equal.

The Electronic Frontiers Foundation has launched a scorecard of a number of popular messaging options which are compared across seven key security criteria:

Most of the tools that are easy for the general public to use don’t rely on security best practices–including end-to-end encryption and open source code. Messaging tools that are really secure often aren’t easy to use; everyday users may have trouble installing the technology, verifying its authenticity, setting up an account, or may accidentally use it in ways that expose their communications.

EFF, in collaboration with Julia Angwin at ProPublica and Joseph Bonneau at the Princeton Center for Information Technology Policy, are joining forces to launch a campaign for secure and usable crypto. We are championing technologies that are strongly secure and also simple to use.