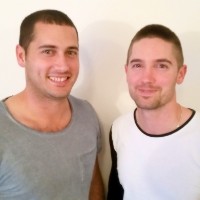 The mining boom, and the resulting increase in fly-in fly-out (FIFO) workers, has led to housing shortages across Australia. It’s a problem an innovative new website hopes to solve – by turning spare rooms into cash.

Founded by brothers Daniel and Chris Del Borrello, fifohousemate is a new website that aims to connect FIFO workers with spare rooms for hire.

Meanwhile, because FIFO workers are looking for places to stay away from their mining or job sites, fifohousemate is open for property listings across Australia.

Co-founder and director Daniel Del Borrello told StartupSmart the service was inspired by his brother’s experiences in trying to rent out a spare room.

“My brother was looking for a housemate – he has a small two-by-one apartment. It’s a small space, and he doesn’t want to have someone living there permanently and cramping his style,” Del Borrello says.

Del Borrello says fifohousemate can help alleviate the housing shortage by unlocking new properties that can be rented out.

“It connects rentals with FIFO workers, effectively creating new rooms for them to rent,” he says.

“So, for example, a young family with a spare room is probably not going to look for a full-time housemate. But they might be open to having someone use the room one week out of four.”

While the website has been online for just three weeks, Del Borrello says it has already attracted 10,000 visitors and 350 listings.

Around 80% of its visitors currently come from the traditional mining state of WA, although interest is growing rapidly in the other states.

Victoria has already overtaken Queensland as the state with the second-most visitors. Del Borrello predicts the number of listings will only increase as awareness grows across Australia.