The seven apps that will make your business life smoother 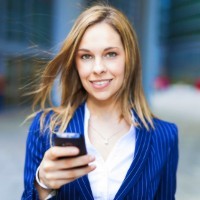 Here’s a look at some favourites among business owners:

It’s used partly to see how people are going in their roles, and partly to understand how they’re feeling generally and if there are any issues, obstacles or anything they want to talk about, he says.

“It’s a cloud-based weekly team reporting app that you create questions for, and every week, each team member fills it in and as a manager you can read and respond. We do it every Monday and it only takes 15 minutes. It means little things are getting brought to my attention every week, often before they escalate, and I can action them.”

James Richardson, the director of digital marketing firm Optimising, is a big fan of Trello, which he uses for various aspects of the business.

“It’s a client project management tool, so everyone can see where we’re at in a project. We use it extensively so we can see what needs attention in the life cycle of a project.

“We’ve been using Trello for about two years, with both their mobile app and desktop versions. It’s a vital tool we use to collaborate on projects internally and track campaign progress.”

Sal Malatesta, the owner of South Melbourne’s St Ali Café, has found life a lot simpler since downloading the Powershop app, which allows him to pay the energy bill as he goes.

“As a business, it saves us time, money and allows us to see where we are with our energy usage on a daily basis. In our business, like most, efficiencies and keeping outgoings down are key. We love that we no longer get paper bills and can see how changes in our behaviour and energy consumption affect our bottom line. If we could pay all our bills this way, we would as it has really streamlined things.”

Julia Bickerstaff, founder of The Business Bakery, is a big fan of Evernote, which she says saves her time and keeps her organised.

The digital notebook stores information and is free. She has lots of notebooks in Evernote, one for every topic, which works well.

“I also have a read notebook. I get lots of emails that I want to read later, so I send them straight to Evernote. That way my inbox stays nice and clean, and when I have got a few spare minutes, I can just hop into Evernote and all my reading is in one place. Sending emails to Evernote is easy, you just pop your Evernote email address in your contacts and forward it on.”

Fred Schebesta, co-founder and director of finder.com.au, started using HipChat two years ago as an internal messaging tool, which has helped with collaboration and sharing resources, including with teams from overseas.

“What I like most about HipChat is the flexibility to work on the go, easily allowing me to communicate with the teams if I’m out of the office, because it has an app so it can be used on phones like SMS. It’s also a massive time-saver compared to other instant messaging software, as it has a searchable chat history, file tab and link tab.”

Jo Munro, the founder of Executive Muse, heard about Camscanner, so decided to download it for a look. Now, she relies on it daily.

“It takes high quality pictures and scans of documents via a smartphone. It has a simple drag and drop edit, and will save the image in whatever format you like, and has easy upload to Dropbox, email, cloud, etc. I use it to scan signed documents, to capture whiteboard drawings to pdf when brainstorming and also to keep a record of products I’m interesting in sourcing.”

Luke Martin, owner of LA Martin Plumbing, Roofing and Gas Fitting, was looking for a way to invoice from the road, so downloaded Invoice2go onto his iPad, which is used by more than 100,000 small business owners around the world.

“I love the convenience of it. I can quickly invoice on the iPad from my ute, which means I can get the paperwork done quickly and straight away, rather than having to wait until I get home, and then spend hours in front of the computer doing paperwork,” he says.