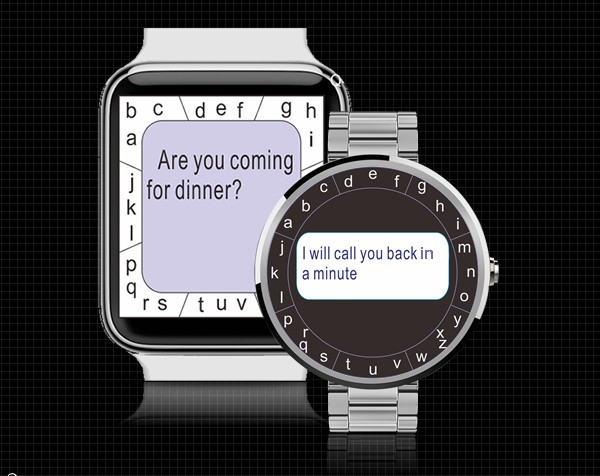 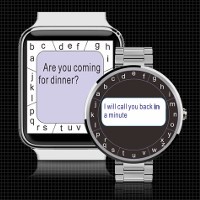 Melbourne-based startup Infiniti Technology has claimed the top prize in CeBIT’s 2015 Startup Pitchfest after debuting a ground-breaking smartwatch keyboard that makes typing messages on a smartwatch both fast and intuitive.

Unveiled at CeBIT the new keyboard, called TouchOne, works on Android smartphones, along with both round-screen and square-screen Android Gear smartwatches.

The innovative design consists of two parts: a large inner circle for gestures, and the outer circle, which is used to type letters.

In the inner circle, swiping from the centre to the left is backspace, swiping up is shift, swiping down is enter and swiping to the right toggles the outer circle between letters, numbers and characters.

Around the outer circle, letters are grouped alphabetically in finger-size buttons, each containing three or four letters. So, for example, the top-left has “ABC”, the top button is “DEF”, the top right button is “GHI”, the button on the right has “MNO”, and so on.

In a manner somewhat akin to how letters are entered on an old Nokia featurephone, the keyboard figures out which word the user intends to type based on the letters. In case there’s any confusion, tapping an area at the bottom of the screen displays possible words.

Unlike some smartphone keyboards, which attempt to shrink a full smartwatch keyboard down to the size of a smartwatch, this arrangement creates a series of reasonably-sized buttons that can be comfortably typed by a user.

The watch also has a number of hidden advanced gestures, so – for example – quickly swiping in the middle to the left deletes the last letter, while a faster swipe deletes the whole word.

Infiniti Technology chief executive Jingtao Hu told StartupSmart that in a short amount of time, most users end up typing faster on a 3cm smartwatch screen than they do on a smartphone.

“Our record at CeBIT was one guy who managed to type at 32 words-per-minute – with 100% accuracy. After five minutes playing with the watch, he was able to reach an average typing speed, and within 15 he reached the record,” Hu says.

Hu says Infiniti Technology already has two utility patents on the keyboard for the bootstrapped app. It has also achieved strong interest from developers after being posted to the popular Android developer site XDA-Developers.

After launching at CeBIT, Infiniti Technology beat out the following startups to claim the top prize in the PitchFest competition: