Three key lessons from the Australian designer behind Google Wave 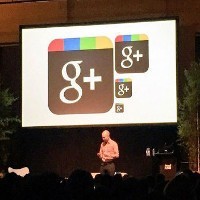 The Australian designer behind Google’s now-defunct Wave service has shared the key lessons learnt from the innovative but ultimately unsuccessful service.

Cameron Adams, now the chief product officer at Canva, has spent 16 years as either a graphics designer or chief designer.

During the Above All Human conference in Melbourne, Adams shared the following three key lessons about design:

1. Design it how it works

“Every time a conference speaker quotes Steve Jobs, an angel investor loses their wings. Nonetheless here’s another one: ‘Design it how it works’,” Adams says.

Back in 2007 Lars Rasmussen, then an engineering manager at Google, contacted Adams about working on a new service called Wave.

Wave was launched at the 2009 Google I/O conference in the first YouTube video to run over 10 minutes. It was conceived of as being a feature-rich ‘next-generation’ email service and received positively, with the launch clip eventually watched over 80 million times.

“If you ever have a product that has inerrant flaws launch the way we did — we gave an 80 minute talk and demoed every single feature,” he says.

“There was only small problem with Wave, and that was no-one on the team had any idea what Wave should do,”

According to Adams, design maturity within a company is a spectrum.

“At one end, some companies think design is like lipstick. And at the other end, you have companies like Apple that think is design is everything,” he says.

Google at the time was the former, according to Adams, with the Wave project having 50 engineers, five product managers and him as the sole designer.

It led to the absurd situation where engineers added a range of features with no coherent vision for how the overall product would work, while Adams spent three days making sure the drop-shadows looked right.

2. Design is not everything

“The product itself was a great design… The problem was we forgot about the business.Following an Article in the Sydney Morning Herald, we got 60,000 people trying to use our service,” he says.

“We flew to San Francisco and spoke to VCs. They were like ‘awesome product, but what’s your business model?'”

It was estimated the service, though solidly designed, would need to raise $5 per user per month to break even. It was a price consumers were unwilling to pay.

“We created an experience that was well designed, but didn’t move the bar enough to be a great product.”

Compared to his previous two ventures, Adams says the secret of Canva has been that it has created a design culture, in which design decisions have been delegated throughout the organisation.

“The design culture has to be embedded into your company so everyone can make great design decisions. And the best way to do that is to embed it from the top,” he says.

“Having a holistic design culture throughout your company has been critical to our experience.”