Travel agent wins US$10,000 in compensation from Microsoft after being forced to update her computer to Windows 10 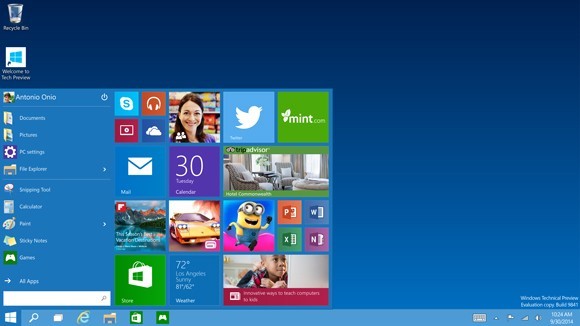 A travel agency owner in the US has won compensation from Microsoft after her office computer updated to Windows 10 against her will last year.

The operating system update caused Tori Goldstein’s computer to be slow and unresponsive, crashing for days at a time, according to the Seattle Times.

After contacting Microsoft’s customer service about the issue, Goldstein took the software giant to court, claiming compensation for lost wages and the cost of purchasing a new computer.

Microsoft settled the dispute in May, paying US$10,000 ($13,518) to the business owner, stating it chose to settle the case to avoid the costs of litigation. However, Microsoft has denied any wrongdoing.

Windows 10 is the successor to Microsoft’s 7 and 8 operating systems, and the company is currently offering prior users free upgrades to the newer OS for free.

However, users looking to upgrade from Windows 7 or 8 to Windows 10 have one month to do so for free, as after July 29 the OS will cost US$119.

The upgrade process has received widespread criticism from users and companies, with many calling the process “aggressive”, as users are asked many times to complete the upgrade.

Goldstein claims she never authorised the upgrade, and she’s not the only one. Other Windows users have claimed they woke up to upgraded computers after seemingly dismissing the update.

This is due to Microsoft packaging the update alongside its standard Windows security updates, so users with the ‘auto-update’ feature turned on may unwittingly approve the system change.

A US-based lawyer, Griffin Tyndall, told the Seattle Times that after dismissing the upgrade prompts, he arrived at work to find both his computers on the new system.

Tyndall immediately rolled back both the computers to Windows 7.

“I can’t afford to have anything happen to my computers. I guess I’m fortunate that nothing did,” Tyndall said.

“I appreciate the ability to have automatic (security) updates, but changing the whole operating system? No, I did not want that done.”

In recent months, Microsoft changed the upgrade prompt so it would schedule the upgrade anyway, even if the user closed the prompt using the red X close button.

In a statement to The Verge, Windows executive Terry Myerson admitted that users might find the upgrade process “confusing.”

“We’ve been working hard to incorporate their feedback and this week, we’ll roll out a new upgrade experience with clear options to upgrade now, schedule a time, or decline the free offer,” Myerson said.

“If they didn’t force the issue, no one would have upgraded, it was the only way to get people to change systems,” McKinnon says.

“People are resistant to changing their system, especially older users and companies.”

Despite the negative reaction to Microsoft’s upgrade process, McKinnon says the new system has many benefits over older ones.

“Windows 10 is definitely a step up from Windows 7 and XP, which some businesses are still using,” he says.

“There are certainly big security benefits, and a lot of other advantages.

“If Microsoft can manage to get the majority of its users on one system, it will make system security a lot easier to manage.”

A spokesperson from Microsoft told SmartCompany the company is “continuing to listen to customer feedback and evolve the upgrade experience based on their feedback”.

I “upgraded” to Windows 10 about four months ago and have seen my productivity drop by about 10-15% since. The virtual desktop on W10 is obviously designed for touchscreens rather than laptops. The hassle this is causing me switching between open windows frequently causes me to swear at my computer and curse W10 (as my colleagues would testify!). I have tried to find ways of switching the virtual desktop off, but apparently you can’t. It is bloody infuriating having to continually minimize windows to see other windows, when under previous versions of windows you could immediately access any of them very simply from the task bar.