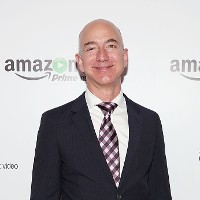 Amazon booked a net loss of $US57 million ($73 million) for the quarter, despite net sales increasing 15% to $US22.72 billion, compared with $US19.74 billion year-on-year, as the company continues to invest heavily in a number of projects including drone delivery, streaming-video deals and warehouse construction.

“Born a decade ago, AWS is a good example of how we approach ideas and risk-taking at Amazon,” Bezos said.

“We strive to focus relentlessly on the customer, innovate rapidly, and drive operational excellence. We manage by two seemingly contradictory traits: impatience to deliver faster and a willingness to think long term.”