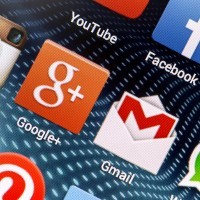 Google has announced its Gmail app for Android is getting a facelift to a new, modern design and will now have the ability to support all types of email accounts.

The search giant announced on Monday via a blog post it has released Gmail 5.0, an app with a “more modern style, sleeker transitions, and a few other handy improvements.”

One of those improvements is the support for multiple types of non-Gmail accounts.

“We know some of you have email addresses that aren’t Gmail (it’s okay to admit it),” read the post.

“The updated Gmail app now supports all email providers, which means you can now set up a separate inbox for, say, your Yahoo Mail or Outlook.com addresses using POP/IMAP.”

The update also includes the addition of a ‘reply’ button at the bottom of every message, which Google says will make it quicker and easier to “continue a conversation when you’re on the go” and an interface that will let you easily switch between accounts and the different inbox categories, when accessing the app on an Android tablet.

Google has given no word as to when the iOS app may get a similar upgrade.

The app will be supported by all Android 4.0+ devices and is available to download from Google Play.