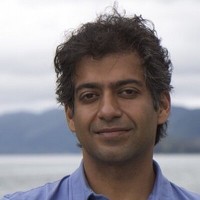 AngelList, a platform where early-stage startups can find investors and vice versa, has begun rolling out a new ‘Funds’ feature, Fortune reports.

The platform has launched a series of funds designed to support syndicate investments in 100 startups. The idea behind the feature is get around the limitations that scale presents for large institutional investors, which often have a minimum investment of $US10 million ($A11 million) or $US15 million.

The new funds will likely start at around $40,000 per startup, and deals will be selected by an algorithm with a bit of human curation.

AngelList co-founder and CEO Naval Ravikant said most of the institutions the platform is targeting are already investing in traditional venture capital funds but they miss out entirely on seed funding.

“That’s the problem we’re trying to solve,” he says.

“Like everything else, investing is going online. You can either be an early adopter or a late adopter.”