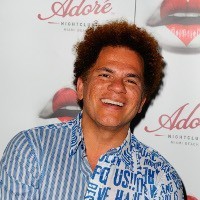 Visual artist Romero Britto is suing Apple in the United States over claims the tech titan copied his work without his permission for a marketing campaign.

Britto has initiated action in the United States District Court of the Southern District of Florida, alleging Apple’s “Start Something New” campaign mimics the design style that Britto is famous for, according to MacRumours.

The Apple artwork, created by popular commercial artists Craig & Karl, features a brightly patterned patchwork hand on a bold yellow background on the screen of an iPad in Apple’s “Start Something New” campaign, which ironically encourages Mac users to create original art on their Apple products.

Britto is seeking unspecified damages and legal costs, along with an injunction requiring Apple to stop using the artwork and Craig & Karl to stop producing artwork that mimics his style.