Big Brother is only watching (if you let him): Samsung responds to TV spying allegations 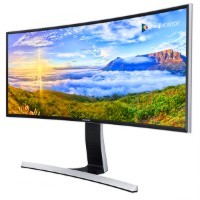 Samsung has responded to accusations its Smart TVs are listening into personal conversations and sending data to a third party, telling users they have the option to opt out of the technology in question.

During the week, Parker Higgins, an activist for San Francisco-based advocacy group Electronic Frontier Foundation, drew worldwide attention to a part of Samsung’s privacy policy that warns customers not to not discuss “personal” or “sensitive” information in front of Samsung Smart TV with voice recognition technology.

Higgins compared the technology to George Orwell’s dystopian novel Nineteen Eighty-Four and questions were raised about who the “third party” was.

Samsung got on the backfoot quickly, saying the third party was in fact Nuance Communications, the company behind its voice recognition technology and the data was used to improve the service.

In a blog posted last night, Samsung took further steps to assure customers their TVs “do not monitor living room conversations” and clarified the original part of the privacy policy it said had “led to confusion”.

“We have clarified our privacy policy to better explain what actually occurs,” said the Korean tech giant.

Samsung said users have the choice to activate or deactivate the voice recognition function on their TVs.

If a user chooses to activate voice recognition, then “some interactive voice commands may be transmitted (along with information about your device, including device identifiers) to a third-party service provider (currently, Nuance Communications, Inc.) that converts your interactive voice commands to text and to the extent necessary to provide the Voice Recognition features to you”.

“In addition, Samsung may collect and your device may capture voice commands and associated texts so that we can provide you with Voice Recognition features and evaluate and improve the features,” said the company.

The company has since altered the paragraph in the original privacy statement.