Breaking up: Tinder CEO steps down 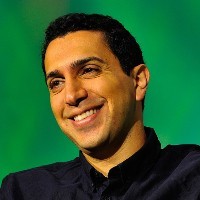 The co-founder and chief-executive of hugely popular online dating app Tinder has stepped down from the top job, following a sexual harassment case against the company earlier year.

Forbes reports Sean Rad got the call last month from Sam Yagan, chief of Tinder’s majority owner IAC, telling Rad he was out as chief executive of the company he had started.

Rad heard the news while he was preparing to speak at a keynote slot at the Forbes Under 30 Summit, where he was planning to unveil Tinder’s first-ever revenue generator, a premium service that will become a new feature of the otherwise free app.

“I went through every stage of mourning at once—fear, a bruised ego,” Rad told Forbes.

It is believed the sexual harassment case was the catalyst for Rad’s downfall.

Wolfe claimed Rad and co-founder Justin Mateen removed her title as co-founder of the company because of her gender, with Rad telling Wolfe having a young, female co-founder “makes the company seem like a joke” and “devalues” the company.

Rad hit back at the claims saying they were “full of factual inaccuracies and omissions” and said the company did not discriminate against Wolfe because of her age or gender.

The suit was settled in September.

Rad told Forbes he would stay on as chief executive until the company found what he called “an Eric Schmidt-like person” to take the top job. Schmidt is the executive chairman of Google.