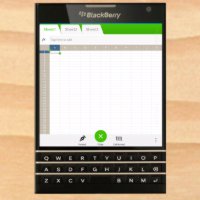 BlackBerry might be making a comeback, albeit a modest one, if its workforce growth is anything to go by.

An internal memo from BlackBerry’s chief executive, John Chen, seen by Reuters, says the company will be halting its ‘restructuring process’ that saw it lay off thousands of staff over the last three years.

“We have completed the restructuring notification process and the workforce reduction that began three years ago is now behind us,” said the memo, according to Reuters.

“More importantly, barring any unexpected downturns in the market, we will be adding headcount in certain areas such as product development, sales and customer service, beginning in modest numbers.”

Chen also personally thanked those that have stayed with the company through the process, told employees he believes BlackBerry is now well on its way to recovery, and he is confident the company will meet its goal of being cash flow positive by the end of this fiscal year.

The company, which was once at the forefront of the smartphone revolution, has let go 60% of its staff over the last three years as it attempts to reinvent the brand, including the release of new products such as its forthcoming Passport phablet.

Chen also said BlackBerry was now in a position to make strategic acquisitions to strengthen areas that are likely to drive future revenue growth, but said there was “no margin for error to complete BlackBerry’s turnaround to success”.

Chen is well known for reviving the fate of tech companies, having turned around the fortunes of software company Sybase in the late 1990s.