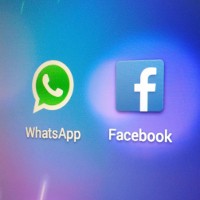 The watchdog will ask Facebook’s competitors and telecommunication operators whether the social network’s proposed offer for WhatsApp will lead to price hikes and curb innovation, according to Reuters.

Facebook recently sought EU approval for the deal, the largest it has ever made, despite already gaining the go ahead from US regulators in April.

The European Commission has sent a survey to rival companies, asking if the deal would have a negative, neutral or positive impact on users and customers in mobile messaging and social networks.

“If negative, please explain why and what kind of negative impact (for example, price increase, deterrence of innovation, etc),” the document said, according to Reuters.

Regulators also asked whether Facebook advertisers would be able to switch to another type of advertising in the event of a price increase from the world’s biggest social network.

The commission said on Monday it will decide whether to clear the deal unconditionally, demand concessions or extend the preliminary review into a wider probe by October 3 this year.

If given the green light, Facebook is expecting to close the deal by the end of the year.