Fibit sprints out of blocks on Wall St debut 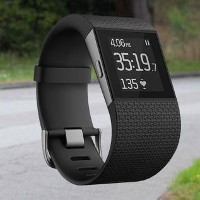 Fitbit has debuted on Wall Street with a $US4.1 billion ($5.2 billion) market capitalisation, as shares in the wearable technology company skyrocketed on open.

Fitbit, which raised $US732 million through its initial public offering of 36.6 million shares, debuted at $US30.40 per share, 52% above its IPO price of $20, according to The Wall Street Journal.

The San Francisco-based company’s fitness-tracking wristbands, which log your activity and heart rate, have become hugely popular since they first hit the market in 2009.

Fitbit sells its products in 54 countries around the world and has almost 700 employees. The company posted a profit of $US131.8m in 2014, with sales of 10.9 million devices last year.

Woody Scal, Fitbit’s chief revenue officer told the BBC the IPO was just the beginning of the company’s journey.

“There’s tremendous innovation ahead in hardware and in what sensors can say about what the body is doing,” Scal says.