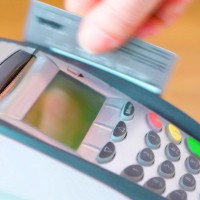 Discount retailer The Good Guys will drop its “pay cash and we’ll slash the prices” motto on the back of declining rates of cash usage among consumers.

The Good Guys chief executive Michael Ford told Fairfax offering customers discounts for paying cash played a “significant role in building the brand but we now have to move on”.

Ford also cited research from the Australian Payments Clearing Association that cash use by shoppers has declined to 47% of transactions, compared to 70% almost a decade ago.

Chris Hamilton, chief executive of APCA, told SmartCompany this morning the figures come from the association’s July 2014 report, The Evolution Of Cash: An Investigative Study.

APCA tracks changing trends in Australian payments across time, and Hamilton says the results of the detailed study in 2014 include predictions about trends for 2018 “which are already pretty clearly going to come true”.

Hamilton says signs pointed towards cash usage being at the stage of what he called the “big dipper”, with usage having already plunged over the highest peak.

“What I mean is we will see it declining quite fast, but then we suspect it will plateau off.”

“Cash will still be around; it will be a less-cash society rather than cashless society.”

Hamilton says rather than being ahead of the field in terms of moving away from cash discounting, The Good Guys was more likely playing catch up.

“In many ways, The Good Guys were a bit of a holdout,” he says.

“I suspect cash discounting was much more common in the 80s and 90s, but much more rare now.”

Hamilton says there was a “lot of logic” in the decision for retailers to move on from cash discounting, especially with “heavily carded” consumers in Australia comfortable with electronic methods of payment and technology.

Hamilton says the benefits for retailers included cost savings, speed through checkout, convenience and minimisation of loss and theft, and the likelihood of increased purchases.

“The logic of the discount for cash has kind of gone away, even from the merchant’s own perspective,” he says.

“From a retailer’s perspective, for many it might be cheaper to go to electronic methods and certainly likely to improve sales.”

“Even if you’re a small merchant the chances are you can shop around for taking card payments electrically, there is lots of competition and you are likely to get a good deal.”

Hamilton says it is worth reminding the small business community the payments industry is “only at the beginning of an explosion of choice of competition and new methods of payment in his space”.

“Mobile payments are going to be very big and there are lots of ways of doing them,” he says.

“It’s something to pay attention to.”

SmartCompany contacted The Good Guys for comment but did not receive a response prior to publication.