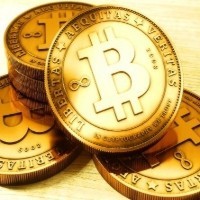 Using Bitpay, a bitcoin payment processor, Microsoft users can now trade-in bitcoin at current market value and add it to their Microsoft accounts. The funds can then be used to purchase content in the Windows Store, or in stores that house Xbox Games, Music, or Xbox Video.

The move is all about giving people options and helping them do more on their devices and in the cloud, corporate vice president of Universal Store at Microsoft, Eric Lockard, said in a statement announcing the move.

“The use of digital currencies such as bitcoin, while not yet mainstream, is growing beyond the early enthusiasts,” Lockard said.

“We expect this growth to continue and allowing people to use bitcoin to purchase our products and services now allows us to be at the front edge of that trend.”

Bitcoin will now appear as an option for those wishing to add money to their Microsoft accounts.