SMEs spend up to $1000 a year on paper: Why Telstra says your business needs to up your apps 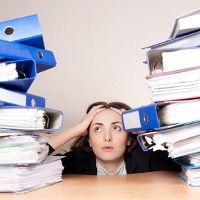 Australian SMEs are spending up to $1000 each year on paper, according to research from Telstra, with 75% of businesses surveyed saying they still fork out the cash for paper processes.

It is money Telstra says is wasted, as it launched its Apps Marketplace yesterday to push its business customers onto their smartphones and tablets.

The telco says the new tool will be a central catalogue for business owners to easily browse, buy and manage the right apps for their business, potentially saving Aussie SMEs from what it calls the “paper deluge”.

“This research shows Australian businesses are not maximising their return on existing investments in their smartphone and tablets, and worse, in this digital era, still relying on paper-based tools,” Will Irving, Telstra Business group managing director said.

“While the humble pen and paper have served us well over many years, these days they usually represent a waste of time, as whatever is written has to be keyed into a computer later. Paper forms and documents are also very vulnerable to loss – whether they are simply misplaced, stolen or damaged.”

Its national survey of 1000 small business owners taken in September this year shows 92% of business owners are using apps for personal use, but only 24% use apps in their business, with 41% not even aware business apps are out there.

The marketplace currently only features two of Telstra’s own apps, online collaboration app Box and digital signature app DocuSign, but the telco says additional apps will be added to the Telstra Apps Marketplace in coming months.