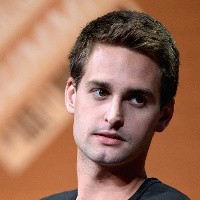 Snapchat’s free smartphone app is used by millions of people to send disappearing messages to each other.

Spiegel said the advertisements will appear within the Snapchat Stories feature, in between photos and videos shared by users, and will not be targeted to individual users based on their tastes.

“We’re cutting through a lot of the new technology stuff around ads to sort of get to the core of it, which I think has always been telling a story that leaves people with a new feeling,” Spiegel said.

“They’re not fancy. You just look at it if you want to look at it, and you don’t if you don’t.”

While advertising will be the startup’s first revenue stream, that hasn’t put off investors, who valued the company recently at $US10 billion ($11.4 billion).

Snapchat has also been holding talks with marketers and a number of media companies about a new serviced for disappearing content and ads called Snapchat Discovery.