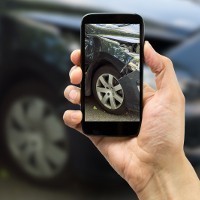 Startups go to great lengths to lure top talent. Pinterest’s offices have a zen mediation room, Asana gives its employees a $US10,000 allowance for computers and desk décor, while Dropbox employees have scooters to get around, morning yoga classes, plus access to a granola wall and a made-to-order stir fry bar.

Recently, Snapchat, the mobile application for sending disappearing photos, has begun using an interesting method to target employees from specific startups for recruitment

A source who works at Uber told Forbes Snapchat had created a unique photo filter feature that only became available when the user is in the vicinity of Uber’s headquarters in San Francisco. The filter, which can be applied to Snapchats a user sends, asks “This place driving you mad?” and includes a link to Snapchat’s jobs page. It also includes a drawing of Snapchat’s ghost mascot driving a taxi while looking sad and frustrated.

Uber isn’t the only startup whose employees Snapchat is targeting. Filters are also available at the Twitter offices which read “Fly higher!” and the Pinterest offices where they ask “Feeling Pinned Down?”

There’s no indication how effective the strategy is, but we know at least one Pinterest worker wasn’t swayed.

Just sent a return message to @Snapchat, since they seemed curious. pic.twitter.com/Qr5d3Ta29r