The next social network your business needs to think about: Tumblr overtakes Instagram and Facebook as fastest growing social site 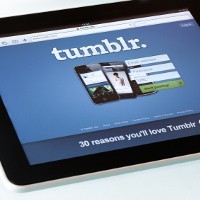 The multimedia micro-blogging website Tumblr has overtaken Instagram as the fastest growing social platform, according to research released today by the Global Web Index.

Facebook continues to be the world’s largest social network with 1.35 billion active monthly users, but when it comes to getting new users, it has reached a saturation point, reports TechCrunch.

Tumblr’s active user base in the last six months ballooned by 120%, while Facebook’s grew by only 2%.

Pinterest had the biggest growth in overall members, expanding 57%, while Facebook’s member base only grew by 6%.

Snapchat, an app used largely by a millennial user base, was the fastest growing social app, growing 56% in a year.

TechCrunch suggests Facebook may look to acquire other apps, as it previously did with Instagram, or develop them in-house to fuel its growth, regardless of the slowdown trend in its core Facebook app.

“Firstly, people are growing tired of it, with 50% of members in the UK and US saying that they’re using it less frequently than they used to (rising to 64% among teens),” Mander said.

“Since the start of 2013, we’ve seen behaviours like sharing photos and messaging friends fall by around 20 percentage points.”

However, the report shows Facebook is still the most frequently visited social platform and that four in five internet users outside of China have a Facebook account.