TPG hits back in iiNet bidding war with $1.57 billion counter-bid 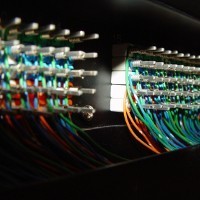 The anticipated bidding war for iiNet has kicked into next gear, with TPG firing the latest shot to secure the budget internet provider.

TPG has countered a $1.57 billion cash-and-scrip offer made last week by rival telco M2 Telecommunications by reportedly raising its bid to over $1.57 billion with an option of shares or cash, according to Fairfax.

The report suggests iiNet shareholders will have the option of either accepting cash or shares in TPG as part of the deal, with full terms expected to be released later today.

TPG had originally offered an all-in cash bid of $1.4 billion for the Perth-based ISP in March, which had been strongly criticised as “absurd” by shareholders.

iiNet’s board decided last week M2’s $1.57 billion bid was better, giving TPG until close of business Tuesday May 5 to make a counter bid.

If TPG’s latest offer is deemed superior, it will be up to M2 to make the next move.