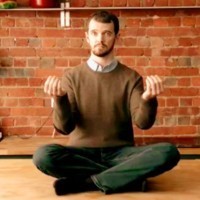 TPG Telecom Limited has announced plans to acquire iiNet in a transaction worth $1.4 billion.

Under the proposed transaction, iiNet shareholders will receive a cash consideration of $8.60 per share. Shareholders will be entitled to receive the fully franked 2015 financial year interim dividend of $0.105 per share.

In a statement to the Australian Stock Exchange, iiNet said the total value of $8.0705 per share is the highest price it has ever traded in its history. That is one of a number of reasons outlined by both the TPG board of directors and the iiNet board of directors as to why the deal is a compelling offer for iiNet shareholders.

iiNet chairman Michael Smith said the iiNet board views the deal as a significant reward for shareholders who have shown their faith in the company.

“The price of $1.4 billion is a very tangible measure of value that the extraordinary people of iiNet have created through their innovation, brilliant service and capacity to add value,” Smith said.

“The combined businesses will provide broadband services to over 1.7 million subscribers and will be well position to deliver scale benefits in an NBN environment,” Teoh said.