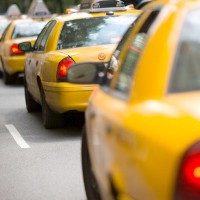 Uber has submitted a $US3 billion ($3.8 billion) bid for Google Maps competitor Here, according to The New York Times.

Here, which is owned by telco giant Nokia, is the default mapping application for Windows phones.

The bid is part of Uber’s plan to position itself as a logistics company—a plan which depends heavily on Google Maps. Purchasing Here would remove that dependency.

However, there is competition. German carmakers including BMW, Audi and Mercedes-Benz have submitted a bid of their own for Here, teaming up with Chinese search engine Baidu to make the offer.

While Google Maps has 10 times the number of smartphone users, Here dominates the in-car navigation market. It holds more than 80% of global market share for built-in car navigation systems.

Mercedes and other car manufacturers are testing autonomous vehicles that use Here’s technology to guide cars through streets with little help from the human driver.