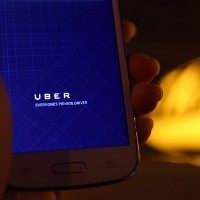 Transportation network startup Uber has expanded its latest funding round by $US1 billion ($1.28 billion), The New York Times reports.

A few weeks after announcing it had closed a $US1.2 billion Series E round of venture financing, Uber has brought the total capacity for the round up to $US2.8 billion.

When it initially closed the Series E round, Uber said it still had capacity for an additional $US600 million in strategic investments.

Investor demand for that increased $US600 million was substantial and led to Uber taking on an additional $US1 billion in investment, taking the total for the round to $US2.8 billion.

Part of the additional investment came from Chinese internet giant Baidu. With a valuation sitting at around $US40 billion, Uber has raised almost $US5 billion in venture capital since it was founded in 2009.