US woman sues Apple after not receiving text messages 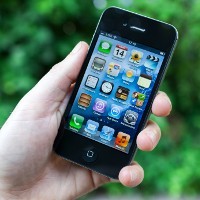 A woman in the United States is suing Apple after she failed to receive text messages when she switched from her iPhone to an Android device.

The lawsuit comes as Android extends its market share lead against Apple.

According to Reuters, US District Judge Lucy Koh in San Jose, California, ruled on Monday the tech titan must face the federal lawsuit by Adrienne Moore.

Moore claims the company failed to tell consumers that its messaging system would block them from receiving text messages if they switched to Android-based smartphones from iPhones.

Moore switched from an iPhone 4 to a Galaxy S5 in April this year.

She is now seeking a class-action status and unspecified damages, claiming Apple failed to disclose how its iOS 5 operating system would block the delivery of “countless” messages from other Apple users if the iPhone user had switched to a non-Apple device.

“Plaintiff does not have to allege an absolute right to receive every text message in order to allege that Apple’s intentional acts have caused an actual breach or disruption of the contractual relationship,” Koh said in court documents.

According to Reuters, Apple said in court papers that it never claimed its iMessage service and Messages application, which ran with iOS 5, would recognise when iPhone users switched to rival devices.

No court date has been set.