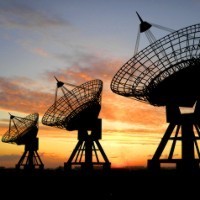 West Australian-based telecommunications provider ZipTel has signed a deal with SpeedCast, a leading global satellite communications service provider, which will see the two companies offer cheaper satellite calls for industries with no telephone coverage or limited access to satellite, such as the maritime, oil and gas, mining and government sectors.

The memorandum of understanding will see SpeedCast white label ZipTel’s ZipT application and platform, re-branding the product under the SpeedCast’s “SpeedTalk” portfolio.

Ziptel said in a statement the service will be provided at a fraction of the cost of traditional mobile satellite service rates, allowing users to top up accounts on a pre-paid service and make phone calls from any smartphone, when connected over satellite, in the low bandwidth environments.

The service has already been tested in Australia, Papa New Guinea, Indonesia, Thailand and Malaysia.

ZipTel cofounder Keaton Wallace previously told SmartCompany the telco was planning to expand the ZipT app into new markets in 2015.

“This agreement substantially enhances the global distribution of the ZipT product and will bring a significant and steady revenue stream for ZipTel,” said cofounder Bert Mondello in the statement.