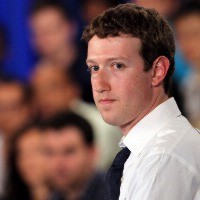 Zuckerberg recently held a video AMA (ask me anything) where he answered a number of questions that were submitted by Facebook users.

“It’s not the diversity recruitment team’s job, it’s everyone’s job,” he said, before touching on the need to get more girls interested in computer science.

Facebook has announced it is implementing a number of features that it hopes will help the fight against Ebola. It will be prompting its users to donate to one of three non-profits International Medical Corps, the International Federation of Red Cross and Red Crescent Societies, and Save the Children. It will also be collaborating with UNICEF to show information on Ebola symptoms and treatment to people in targeted regions on Facebook.

It has also donated 1000 mobile satellite communication terminals which will be deployed in remote areas of Guinea, Liberia and Sierra Leone to provide voice and data services that meet the highest priority needs of medical and aid workers.

Zuckerberg says we’ve arrived at a critical point in time where if the world focuses on the issue, Ebola can be stopped before it becomes the next global epidemic.